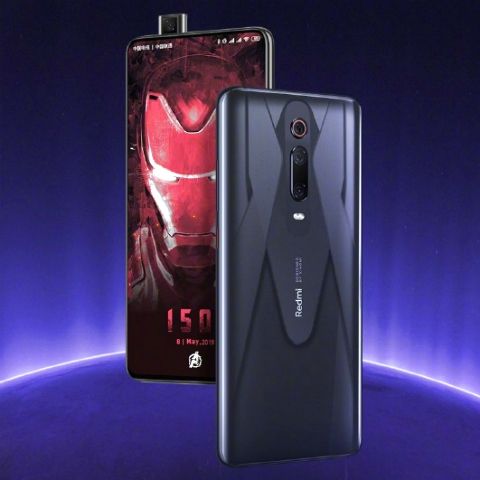 Redmi has announced an Avengers Limited Edition version of the K20 Pro in China.

The handset ditches the gradient look for a uniform black colour rear panel.

The new handset will be shipped in a special box and with a red Avengers coloured case.

While Redmi is teasing the launch of its upcoming K20 series of handsets in India, in a somewhat confusing manner, the phones are already available in China. The company has now announced the Redmi K20 Pro Avengers Limited Edition in its home country, banking on the final Avengers movie that was released months ago. The new limited edition Redmi K20 Pro features a new design for the back panel, which deviates from its standard gradient design. It will also be shipped in a new box, which features the Avengers logo, and comes with a new blue-colored Avengers-themed case as well. It isn't known whether the new limited edition features bumped up specs or not.

The Redmi K20 Pro is the company’s new flagship handset that is powered by the Snapdragon 855 SoC. It comes equipped with a Full HD+ 6.39-inch Super AMOLED display that sports a 1080 x 2340 pixel resolution and has Gorilla Glass 6 protection. There’s also a pop-up selfie camera module on the top edge. The K20 Pro was launched in four variants: 6GB RAM + 64GB storage, 6GB RAM + 128GB storage, 8GB RAM + 128GB storage and 8GB RAM + 256GB storage. There is no information about the variants that will launch over here but the Redmi K20 series is expected to launch on July 15 in India.

The Redmi K20 Pro sports a vertically stacked triple camera setup with a 48MP Sony IMX586 primary sensor. There is also a 13MP secondary sensor with a wide-angle lens that offers a field-of-view of 124.89 degrees. The telephoto lens comes along with an 8MP sensor. The handset is touted to capture slow-motion videos at up to 960fps. On the front is a 20MP sensor. It is backed by a 4000 mAh battery.