Redmi’s flagship K20 smartphone confirmed for a May 28 launch in China.

The handset is teased to feature a 48MP Sony IMX586 sensor

It is most likely to come equipped with a Snapdragon 855 SoC. 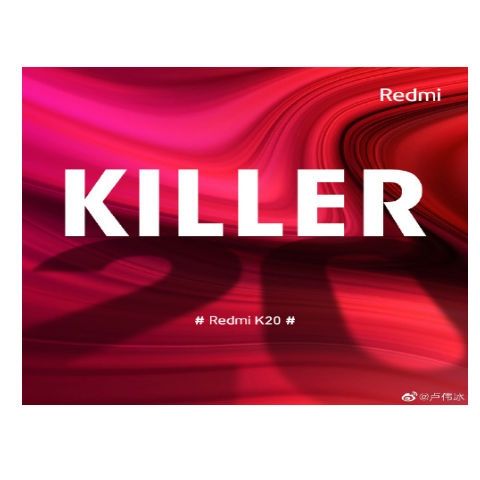 Redmi has been teasing its new flagship smartphone for some time now. The company's General Manager, Lu Weibing revealed that the handset will be called the Redmi K20(₹ 24999 at amazon) and it is also confirmed to feature a ‘large’ battery and an in-display fingerprint sensor. Redmi has now finally announced, via a Weibo post, that the Redmi K20 will be launched on May 28 in China. Additionally, via other Weibo posts, the company has teased a triple camera setup on the device, which might consist of a 48MP Sony IMX586 sensor, and a pop-up module for the front-camera setup.

The upcoming Redmi K20 is being teased to be a ‘Flagship Killer’ and the company recently took a jab at OnePlus with the same tagline. It is rumoured that the device could be rebranded and launched as the Poco F2 in India but this is currently just speculation. However, just like the Poco F1, the Redmi K20 is expected to play on price, significantly lowering the retail cost of a smartphone with a flagship chipset. The company recently posted an image of the phone’s protective cover, which is seen sporting a centrally aligned cut-out for a camera setup. The handset is expected to feature triple rear cameras and the phone maker recently tipped at the presence of a 48MP Sony Sensor on the device, which is most likely the IMX586. 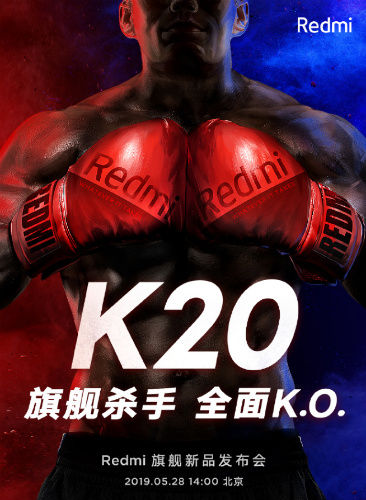 The Redmi K20 is being teased to come equipped with Qualcomm's Snapdragon 855 SoC. It might be announced in 6GB and 8GB RAM models, with options to select from 64GB, 128GB and 256GB of internal storage. As mentioned earlier, the phone is touted to be a gaming-centric device, and is teased to sport an in-display fingerprint sensor and a ‘large’ battery. The phone will reportedly feature a 6.39-inch Full HD+ notchless display that could be protected by Gorilla Glass 5. The phone could be backed by a 3600 mAh battery that could support 27W fast charging.

In terms of optics, the phone is touted to come equipped with a pop-up front camera that houses a 20MP sensor. On the back, it could feature a 48MP main camera, an 8MP ultra-wide sensor, and a 16MP telephoto camera. Weibing previously confirmed that the upcoming Redmi flagship will feature a super wide-angle lens. the phone is also said to come with NFC capabilities, and retain the 3.5mm audio jack.