Redmi Go with 16GB storage launched in India for Rs 4,799 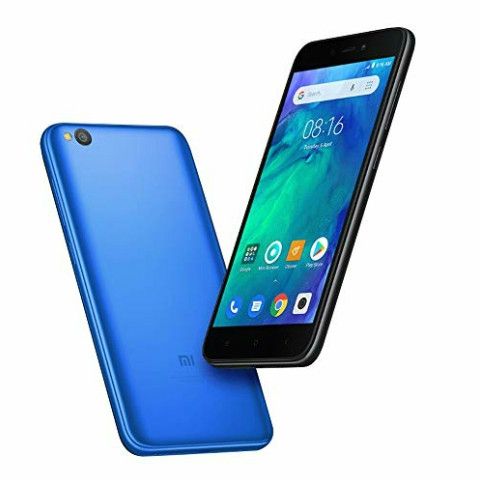 Xiaomi has announced a 16GB Storage variant of the Redmi Go smartphone.

The device was announced on Twitter and is priced at Rs 4,799.

Xiaomi was teasing the launch of its Redmi Go(₹ 6500 at flipkart) smartphone with more storage for some time now. Today, the company has taken to Twitter and announced the 16GB storage variant of the entry-level handset. Until now, the device came with 8GB of built-in storage. The 16GB storage variant of the smartphone is up for grabs online and offline.

In terms of specs, the Redmi Go features the Android Go operating system optimised for smartphones with entry-level specs. It sports a 5.0-inch HD display and is powered by the Qualcomm Snapdragon 425 SoC, coupled with 1GB RAM and now the updated 16GB built-in storage.

The Redmi Go is a dual SIM smartphone with a dedicated memory card slot to expand your storage. The storage can be expanded by an additional 128GB via a microSD card. For the camera, the device comes with a single 8MP rear shooter. The sensor’s pixel size is 1.12μm and the lens has an aperture of f/2.0. The camera has autofocus support and there’s a single LED flash. For your selfie needs, the smartphone has a 5MP camera with a 1.12μm large pixel size and a lens of f/2.2 aperture. A 3000mAh battery powers the entire package.

In our first impressions of the 8GB version of the Redmi Go, we noted, “As far as Android Go devices go, the Redmi Go is perfectly packed with features. It’s just as powerful as other Android Go phones in the market, but it’s lower price should ensure the phone sells well in the market. Xiaomi is targeting the feature phone users with this, and for Rs 4,499 (for the 8GB variant), it seems like a worthy upgrade. The phone itself is quite barebones and won’t make any heads turn, but considering the market, it’s aiming for, the Redmi Go doesn’t have to do any of that and still win, solely for the lower price."