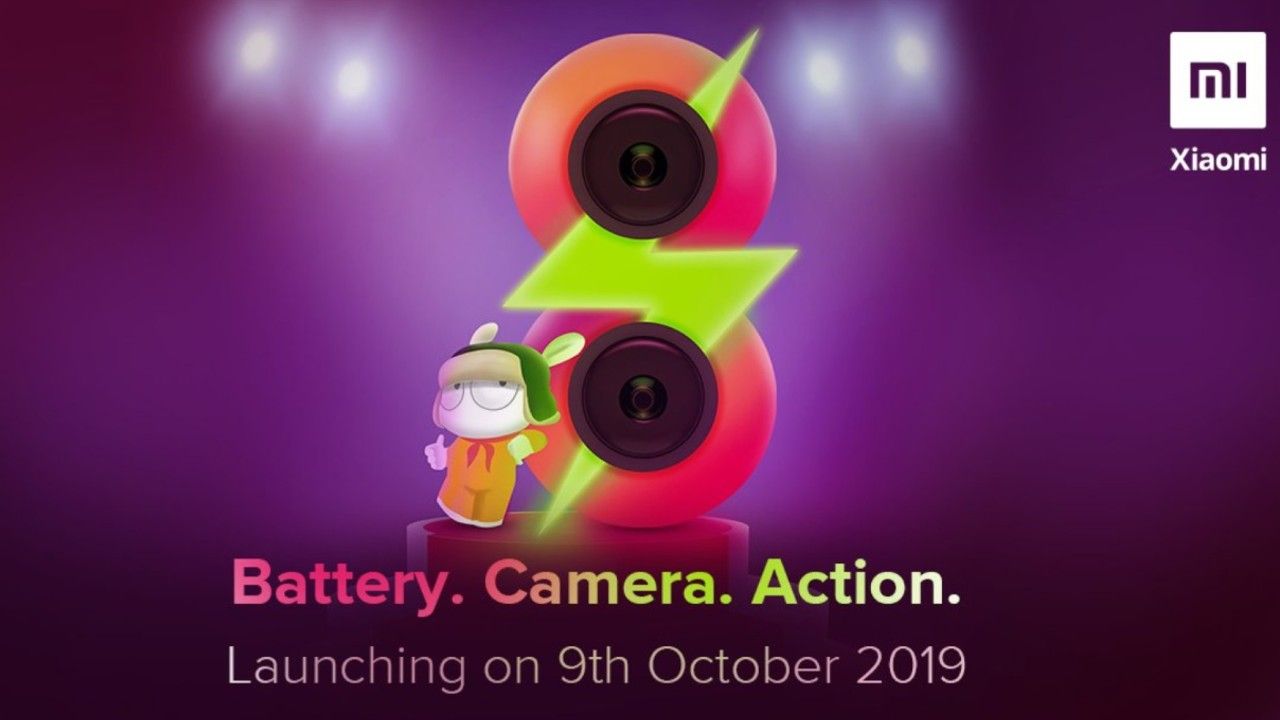 Redmi 8 launch event will begin at 11 AM today.

Redmi 8 is said to come equipped with 2GB or 3GB RAM.

Xiaomi launched the Redmi 8A in India last month. Now, the company is all set to introduce the Redmi 8 in the country. Recently, Xiaomi India Managing Director and Global VP Manu Jain teased a new smartphone launch for October 9 and it is likely to be the Redmi 8. It will be the successor of Redmi 7. Xiaomi has said that it will be a big upgrade over the Redmi 7.

For now, not many details are known about the Redmi 8. However, according to the teasers, Redmi 8 will pack a big battery. The device was also reportedly spotted on TENAA in China. It has a model number M1908C3IC. Based on that, Redmi 8 is expected to  6.26-inch HD+ Dot Notch screen. It may have a resolution of 1520 x 720 pixels and a 19:9 aspect ratio. Redmi 8 could be powered by a 2GHz octa-core processor.

Redmi 8 is said to come equipped with 2GB or 3GB RAM on the 32GB storage variant and 4GB RAM with the 64GB internal storage model. It is likely to have a microSD card slot for expansion of memory by up to 512GB. It may run MIUI 10 based on Android 9 Pie.

Further, in the camera department, Redmi 8 is expected to sport a 12MP camera with Sony IMX 363 sensor and f/1.9 aperture + 5MP dual rear camera setup. It is said to come with an 8MP selfie shooter as well. The phone is tipped to have a fingerprint sensor as well as a 3.5mm headphone jack.