RED Hydrogen One smartphone with 'holographic display' gets previewed, launch set for summer 2018 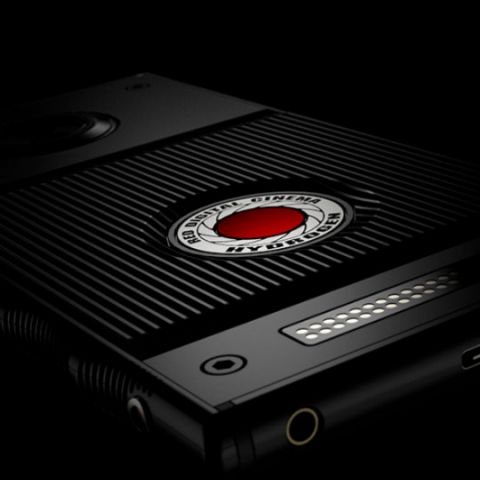 The RED Hydrogen One finally has a launch schedule and the company will finally be unveiling the phone with a 4 View display which makes 3D images visible without the need for 3D glasses.

The growing popularity of smartphones has seen some of the unlikeliest of companies enter the market with a phone of their own. We’ve seen the likes of Lamborghini, CAT and Razer launch smartphones that carry forward the USP of their respective brands. For Lamborghini it was design and opulence, for CAT it was ruggedness and for Razer it was gaming. Now, joining the bandwagon, RED has finally given a handful of journalists a preview of its much hyped Hydrogen One smartphone which comes with a Holographic display, the first phone to do so. Although the RED Hydrogen One has been detailed in the past, with pre-bookings initiated by the camera maker last year, it is only now that the device has received a real launch timeline.

The RED Hydrogen One will be launched in the US this summer, according to mobile carriers AT&T and Verizon. The device was shown off by RED to a select media group at Red Studios in Hollywood, where the company’s Founder and CEO Jim Jannard said, “We want everybody's first experience with Hydrogen One to be like yours: in-person."

After getting to preview a prototype of the phone, CNET wrote that the device is “chunky and big.” The RED Hydrogen One features a 5.7-inch 4-View (4V) display with a holographic mode which Jannard claims produces “better than a 3D image” without the need to wear glasses.

“The sides of the aluminum body are scalloped mimicking the lens mount lock on the company's cinema cameras. Despite the size, it's comfortable to hold,” CNET wrote in its hands-on. The publication got to see video clips from Guardians Of The Galaxy Vol. 2, Avatar and Pixar’s animated film Brave, adapted to the phone’s 4V display format.

“I was impressed and couldn't believe how well the effect worked. It's part hologram and part 3D. It's not that the image hovers over the screen like R2-D2 projecting Princess Leia in the original Star Wars film. It's more that there were layers of depth to the image. It's as if the screen was a proscenium theater and some parts of the image were upfront and close and other parts of the image were farther away,” CNET’s Patrick Holland reported.

“It is, without a doubt, one of the most ambitious smartphones in years from a company not named Apple, Google, or Samsung,” noted The Verge. “What I saw was a big step over 3D on other phones,” Verge’s Dieter Bohn wrote in his hands-on with the Hydrogen One. The device allows users to switch between a standard 2D mode and the holographic view. RED is also reportedly planning to create a dedicated streaming service for 4V supported content.

Besides watching holographic content, the Hydrogen One will also allow users to make holographic video calls. Termed “Holo Chat” the service displays the caller’s and receiver’s faces as holograms in real time. According to The Verge, the Hydrogen One features two front-facing cameras to create a 3D image and there’s a special layer under the LCD display which directs light in multiple directions, as opposed to two directions which is a norm in lenticular displays. “RED is also doing more than just combining two images to make standard 3D — I’m told it’s trying to use an algorithm to blend multiple angles from those two lenses to create the effect. It’s a hologram, basically, but it doesn’t really pop out of the screen so much as give you depth within it. I wouldn’t describe this screen as the reason to go out and buy this phone, but it was neat,” Verge’s Bohn noted after his experience with the phone.

Given that RED is a company that makes cinema-grade cameras, the Hydrogen One also features a modular pogo pin setup at the back which will let users connect RED’s other cameras to the phone along with various modules, including lens mounts. The company is reportedly planning a module which is a huge DSLR size camera sensor that will attach to the back of the device. “According to CEO Jim Jannard, the company wants any traditional big camera lens to be attached to it. Answering a fan question, he joked that support for lenses will be work with Fuji, Canon, Nikon, Leica, and more,” The Verge reported.