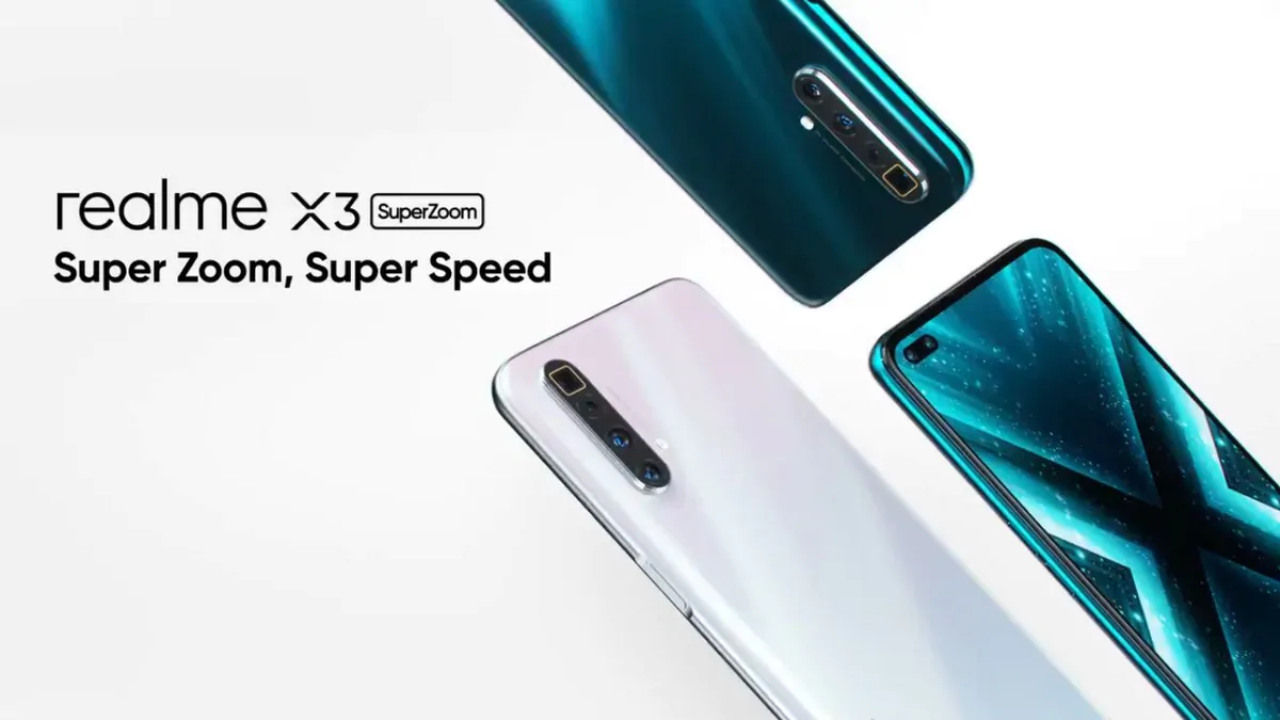 The Realme X3 SuperZoom(₹ 29490 at amazon) is one of those few smartphones from the Chinese company not to debut in India. The phone launched first in Europe in May, and will now be launching today in India. The Chinese upstart will be hosting an online event at 12:30 PM to launch the smartphone.

As the name suggests, this will be a smartphone focused on the camera. Realme is offering 60X hybrid zoom under the SuperZoom branding.

The launch event of the Realme X3 SuperZoom will begin at 12:30 PM IST. You can watch the event live on the company’s YouTube channel. The link to the stream is embedded at the end of the article.

Alongside the Realme X3 SuperZoom, Realme will also announce the Realme Buds Q, yet another truly wireless earphones, which is expected to be the most affordable of the lot from the company. Also, there will be a new backpack debuting as a new category.

The Realme X3 SuperZoom is already available in Europe, so the specs and features of the smartphone are known. It comes with a 6.6-inch FHD+ IPS LCD display with a 120Hz refresh rate. And because it’s an LCD panel, the fingerprint is not under-display, but is side-mounted, embedded on the power button.

Interestingly, the Realme X3 SuperZoom runs on the Qualcomm Snapdragon 855+, the flagship chipset for last year, which is indeed a clever way to bypass 5G support without giving up too much in terms of performance. There’s also up to 12GB RAM and 256GB storage. The phone is powered by a 4,200mAh battery that tops up with a 30W fast charger.

As for the cameras, the Realme X3 SuperZoom comes with a quad-camera setup. There’s a 64MP primary camera, another 8MP ultrawide lens, and an 8MP telephoto lens with 5X optical zoom. There’s also a 2MP macro lens.

The Realme X3 SuperZoom is priced EUR 499 in Europe, which roughly converts to Rs 42,500. In India, the price is expected to be far more competitive. There are more smartphones lined up to launch in India in the next few weeks. Here's a detailed list.