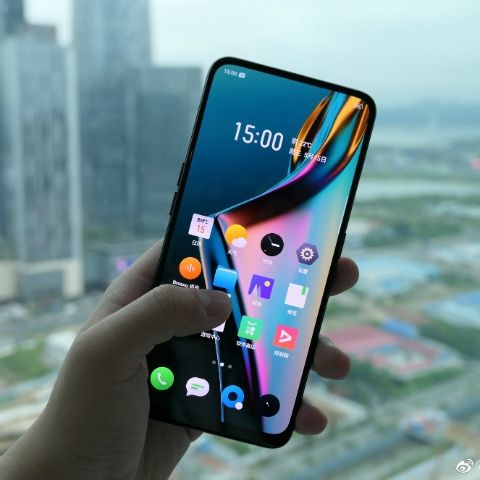 It is claimed to sport 91.2% screen-to-body ratio.

The phone will come with an AMOLED panel.

Just a day after Realme X China launch got confirmed, the company has made shared two teasers regarding the phone. The first one comes from company’s official Weibo account on which a poster has been shared confirming an AMOLED display with high screen-to-body-ratio on the Realme X. The second teaser is an image shared by a company executive showing the notchless design of the phone.

Let’s talk more in detail. The first poster shows a futuristic establishment in which a billboard is seen having “AMOLED” text on it. This confirms that the phone will come with an AMOLED panel. It also reveals that the smartphone will have a screen-to-body ratio of 91.2 percent. Since the phone doesn’t have a notch and it’s already known that the phone have pop-up selfie camera, the company has claimed that the mechanism can elevate 200,000 times during its lifetime. 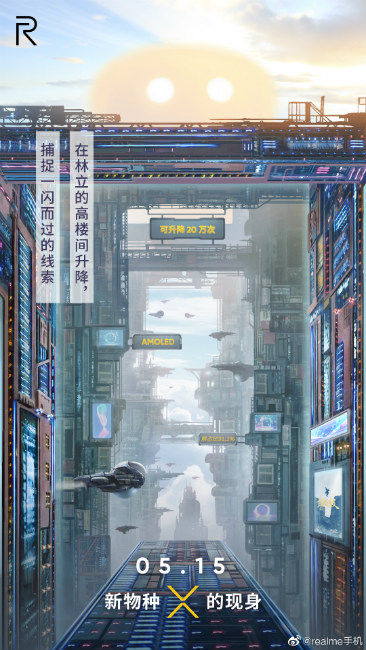 In the second teaser, the company's CMO Xu Qi Chase has shared a live image of the smartphone showing off the notchless display. The image shows the phone having slim bezels on three sides, and a thicker chin. The notchless screen also re-confirms the presence of a pop-up selfie camera on the Realme X, making it the company's first smartphone to come with this design.

Realme X is touted to be launched running on the Snapdragon 855 platform, and may launch in 6GB RAM + 64GB storage, 6GB RAM + 128GB storage and 8GB RAM + 128GB storage variants. It could come equipped with a 6.5-inch display OLED display with a Full HD+ resolution, and it might be protected by Gorilla Glass 5. Rumours have suggested that the phone will feature a sixth-gen optical in-display fingerprint sensor. The smartphone is rumoured to come equipped with a 48MP + 5MP dual camera setup on the back and a 16MP sensor on the front.