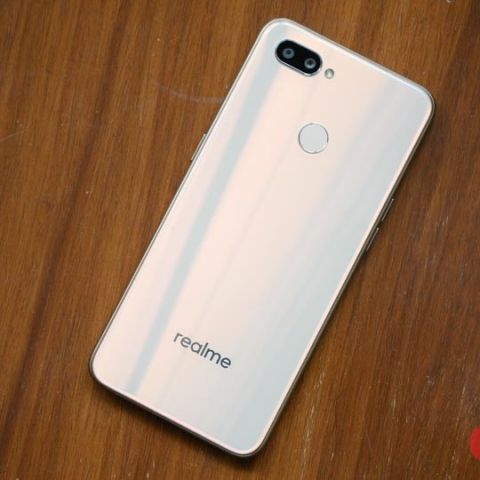 Expanding its smartphone portfolio in the country, Realme has launched the first phone of its new U series lineup, the Realme U1 at a starting price of Rs 11,999. This is company’s fifth offering since the inception of the brand and fourth after it got separated from parent company Oppo in July this year. The Amazon-exclusive smartphone is the world’s first handset which is powered by the octa-core MediaTek Helio P70 processor. The company has also been teasing the smartphone's camera claiming that the Realme U1 has the most powerful selfie camera in its price range. The launch has heated up the already crowded mid-segment phone market where Xiaomi Redmi Note 6 Pro and its own Realme 2 Pro smartphones are fighting for a bigger slice of thepie.

Realme U1 Price and launch offers

Realme has announced that the Realme U1 will go on sale on December 5 at 12PM on Amazon. There are two variants of the smartphone - one comes with a 3GB RAM and a 32GB onboard storage and is priced at Rs 11,999. The other variant has a 4GB RAM and 64GB local storage and buyers have to shell out Rs 14,499 for this one. SBI Bank users can avail 5 percent cashback on Debit and Credit Cards, and there is also an option of No Cost EMI. Realme has partnered with Reliance Jio and Jio users can get up to 4.2TB 4G data on purchase of this device. The company also announced Realme accessories, including back covers that’ll cost buyers Rs 499 and Realme buds earphones available for Rs 499.

Realme U1 specifications and features

The Realme U1 has a 6.3-inch Full HD+ display with 90.8% screen to body ratio and a Dewdrop notch. On the back it has a 2.5D glass finish with Light Pillar design, a dual camera setup with flash and a fingerprint sensor. As mentioned above, the Realme U1 is powered by an Octa-core MediaTek Helio P70 chipset that was launched in October. The smartphone is offered in two variants  3GB RAM + 32GB storage and 4GB RAM + 64GB storage. It comes equipped with a 3,500mAh battery with AI Power master and the dual-SIM phone has a dedicated microSD slot for storage expansion.

The company has been touting the Realme U1 as the smartphone with the “Most Powerful Selfie Camera Ever”. There is an AI-powered 25MP front shooter that is said to feature a high-res depth engine with “accurate” AI detection. The front has f2.0 aperture and 1.8um pixel size for selfie lovers. The front camera has Hybrid HDR, group selfie features, selfie bokeh effect and AI facial detection. Realme claims that AI Face Unlock features unlocks the smartphone in 0.1 seconds. On the back panel, the smartphone has a dual-camera system with 13MP + 2MP sensors. The rear dual camera setup offers portrait lighting, bokeh and super vivid modes. It is also capable of recording slow motion video at 90fps in HD resolution. The smartphone runs on Android 8.1 Oreo.