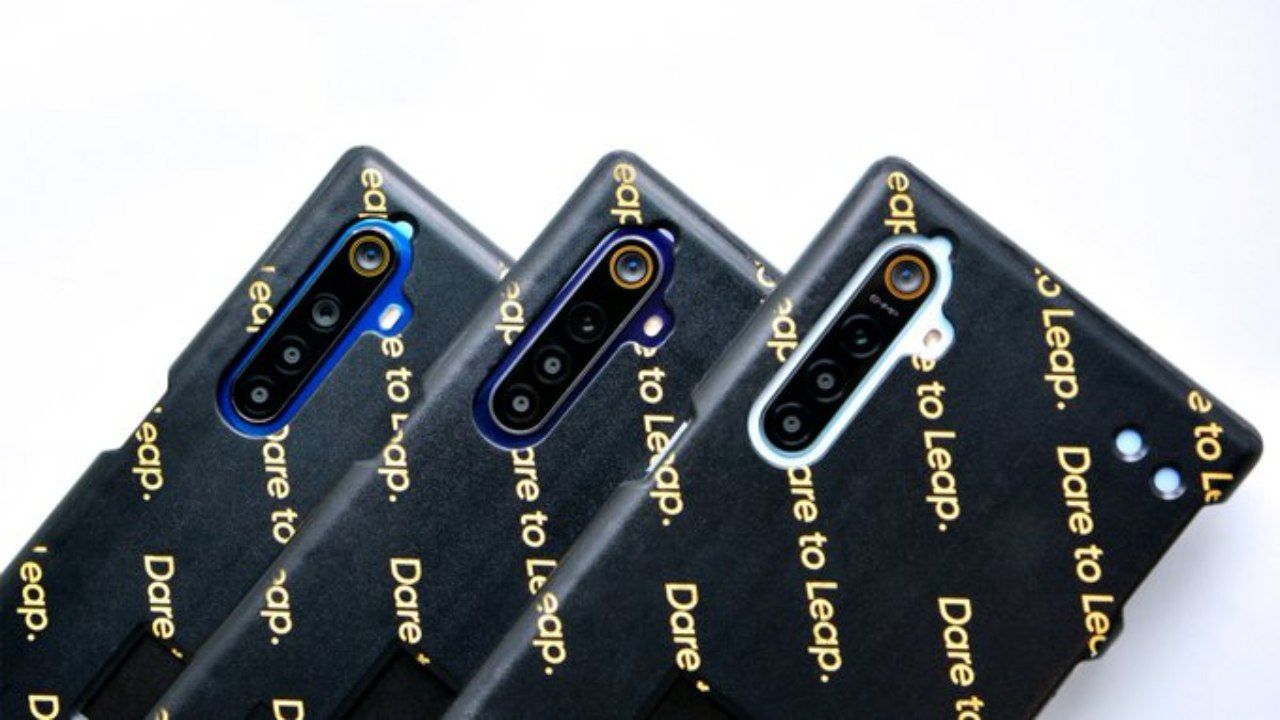 In the buildup to the launch, Realme CEO Madhav Sheth also changed his name from ‘Madhav X’ to ‘Madhav 5 Quad’ indicating once again that the phone could be called Realme 5 with a quad-camera setup.

The camera is seen to be vertically aligned with the 64MP camera on top.

Two other lenses are likely to be a wide-angle lens and a macro lens while the third is likely a depth sensor.

Get ready for the world's first hands-on experience of #64MP Quad Camera on a smartphone, tomorrow at the #realme camera innovation event. Stay Real, No Hype. #LeapToQuadCamera pic.twitter.com/TBEFd84OIV

Realme is set to host an event in New Delhi later today to showcase the 64MP camera module along with the three other sensors on the back of this phone. It’s likely not a launch event of the phone. Instead, Realme will be explaining how the 64MP quad-camera setup works on it. In the photo, the camera setup is vertically aligned. The primary 64MP camera sits on top, followed by three other cameras below. The flash module is on the right side of the sensor. There’s also no sign of the fingerprint sensor, indicating the phone will pack an in-display fingerprint sensor. Furthermore, the teaser reveals the phone will come in three colours including two shades of blue and a white colour variant.

Here's a first look of the #64MP camera module unveiling tomorrow at the #realme camera innovation event. Some amazing pictures highlighting the capabilities of the quad camera lens. #LeapToQuadCamera pic.twitter.com/X8ul88aWIi

In another series of Tweets, Realme’s official account also detailed the rest of the sensors. One tweet reveals, one of the four sensors will have an ultra-wide lens with 119-degree field of view, and a macro lens which lets you shoot objects as close as 4cm. The fourth sensor is likely to be a depth sensor to aid in calculating depth of field for portrait photos.

See the intrinsic details of every photo clicked from Macro lens of the Quad camera. #LeapToQuadCamera #64MP #realme pic.twitter.com/sj1CZzKfdi

The 64MP camera is most likely made by Samsung. The South Korean company had earlier announced the ISOCELL Bright GW-1 sensor with a surface area of 1/1.7”, packing 64 million 0.8 micron pixels. Like the previous 48MP camera, this too combines four pixels into one to create a 1.6um superpixel, ensuring better details, especially in low-light. The sensor is clearly the largest you can have on a smartphone as of now, and matches the size of the 40MP camera sensor on the Huawei P30 Pro, which we have seen take some brilliant photos.

In the buildup to the launch, Realme CEO Madhav Sheth also changed his name from ‘Madhav X’ to ‘Madhav 5 Quad’ indicating once again that the phone could be called Realme 5 with a quad-camera setup.

The launch is set to begin at 4:30PM today, and we will be there to bring you all the deets.