Realme Narzo 30A, Narzo 30 Pro and Realme Buds Air 2 will launch on February 24 in India, the company has confirmed 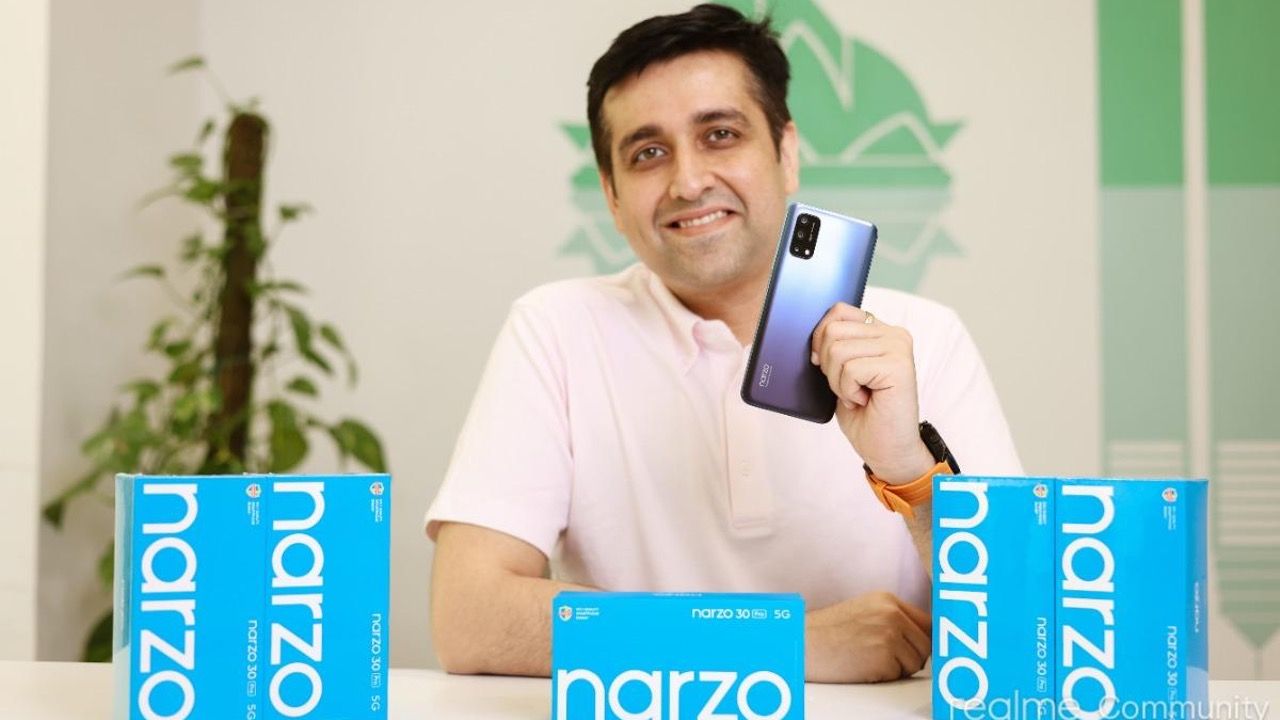 Realme Narzo 30A, Narzo 30 Pro and Realme Buds Air 2 will launch on February 24 in India, the company has confirmed. The Narzo 30 series has been making the rounds of the internet with the company teasing the launch of the new phones. Realme CEO Madhav Sheth has previously posted a picture showing-off the design of the Narzo 30 series and an official-looking poster has leaked as well.

Introducing #Narzobyrealme, full of Tech Trendsetting features designed to cater to the needs of Young Players.

Realme is sending out media invites for the launch of the Narzo 30 series in India. The launch is scheduled at 12:30 PM on February 24 and will be live-streamed across Facebook, Twitter and YouTube. “For all 5G enthusiasts, young players, and multitaskers out there, we have some exciting surprises in store, as the world of gaming and 5G gets ready to collide! Step into the world of Ultimate Power and Mega Speed as realme gears up to introduce its next set of narzo series,” Realme said while confirming the launch details. 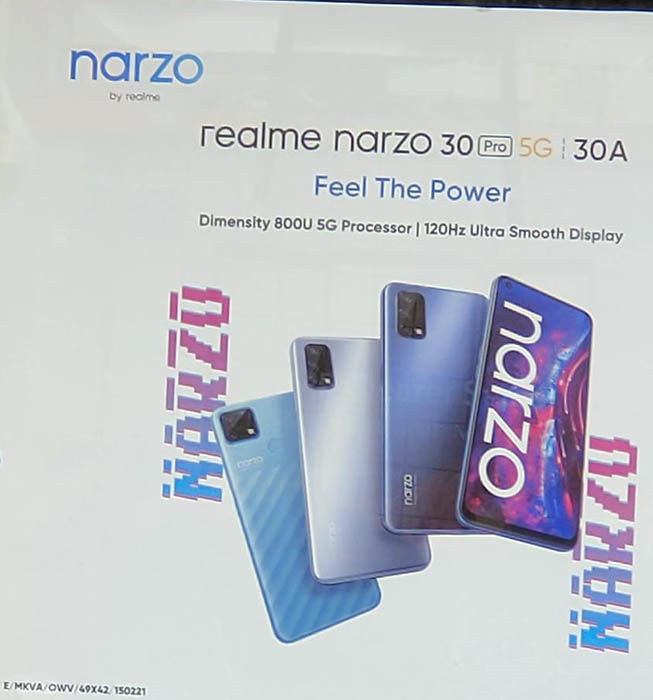 Realme Narzo 30 series has been at the centre of many leaks and rumours from the past few weeks. So far, we know that the Narzo 30 Pro could be powered by the MediaTek Dimensity 800U processor as it also brings in 5G support. The company has also teased the pricing of the upcoming phones and said that the phone will launch at “never-before-seen-price”.

The Narzo 30 Pro could feature a 6.5-inch Full HD+ display with support for 90Hz refresh rate and is topped with a layer of Gorilla Glass. Moreover, the phone appears to have triple cameras on the back that could be headlined by a 48MP primary camera, an ultra-wide-angle camera and a depth sensor or macro camera.

Realme has also revealed the design of the phone along with revealing the retail box of the Narzo 30 Pro. The company is also expected to launch some gaming accessories that could include a gaming mouse, mousepad and a joystick controller. You can read more about them here.