Realme could launch gaming accessories along with the upcoming Narzo 30 series in India, according to the latest leak. Realme announced X7 series in India earlier this month 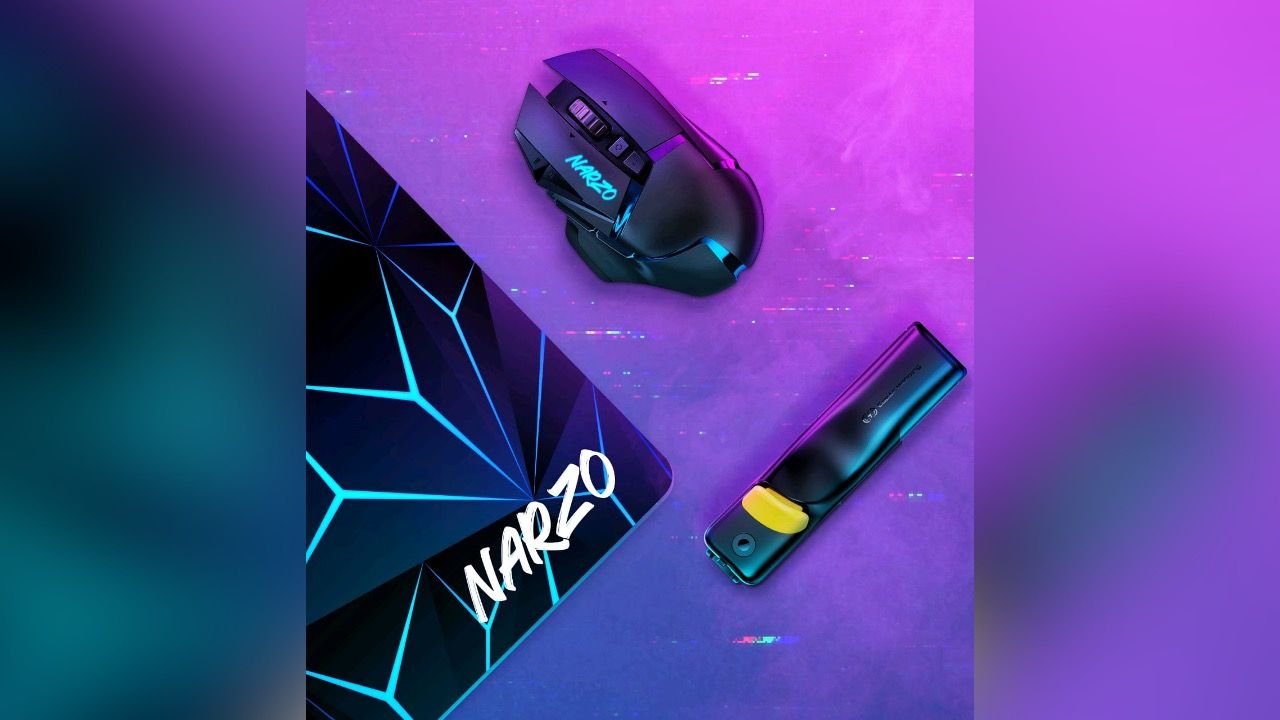 According to a new leak by popular leakster Ishan Agarwal, Realme could be working on some gaming accessories to go with the Narzo 30 series. Interestingly, Realme’s choice of accessories that includes a gaming mouse and mousepad are also indicative that Realme-branded laptops could be on their way.

Exclusive: realme will also be launching gaming accessories along with narzo 30 series. These look cool...

The gaming mouse and the pad also indicates at an imminent launch of a gaming laptop? #realme is yet to announce the launch dates of the narzo 30 series. What do you think? pic.twitter.com/0XBQpITfq2

Ishan has shared an image that depicts a gaming mouse along with a mousepad and likely a joystick controller. The gaming mouse and mousepad have the Narzo branding which gives way to laptops under the same branding in the future. However, looking closer, the mouse shown in the leaked image surprisingly resembles the Logitech G502 Hero while the joystick controller looks like a rebranded version of the Flydigi Shadow Stinger joystick for smartphones.

Moreover, the company has asked its fans to choose the retail box for the Narzo 30 series by voting amongst the options over on its forums. The Realme Narzo 30 Pro was also spotted visiting TENAA in a listing that revealed it could feature a 6.5-inch display, 4,880mAh battery and Android 11 out-of-the-box.

Realme is yet to reveal the exact launch date for the upcoming Narzo 30 series and given that it just introduced the X7 series in India its likely that the launch will take place in the coming months.