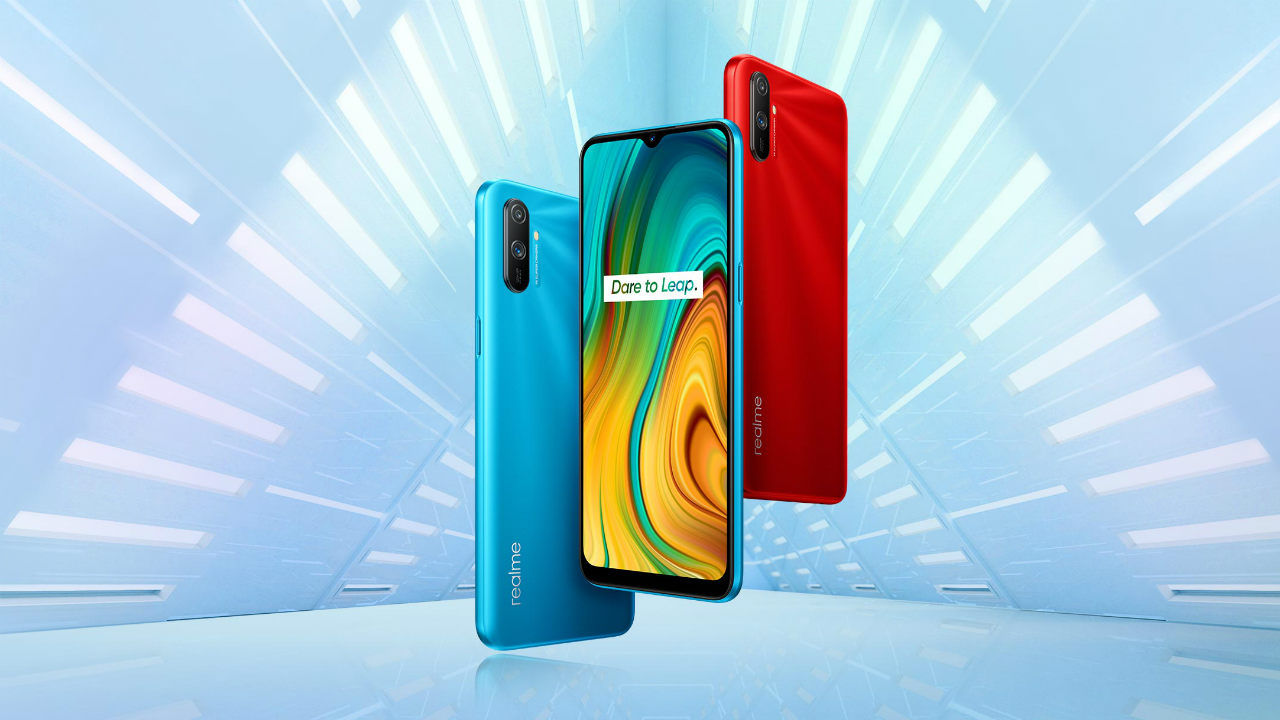 Realme has launched the Realme C3 in India.

It is an entry-level smartphone that is powered by the new MediaTek Helio G70 SoC.

It runs on the new Realme UI.

Realme has finally unveiled its new Realme C3 smartphone in India, which comes with some notable features for an entry-level phone. It is the first handset in India to be powered by the new MediaTek Helio G70 chipset, and it will go up against the Redmi 8, Galaxy A10s, among others. The handset features a large display, comes with a large 5000mAh battery that is said to deliver up to 20.8 hours of video streaming from YouTube and comes in two memory and storage variants. Here are five things you need to know about the new Realme C3.

The Realme C3 comes equipped with a 6.52-inch HD+ display that sports a ‘mini-drop’ notch. Realme says that the mini-drop display is 30.9 percent smaller than the standard dewdrop notch display design, which attributes to 89.8 percent screen to body ratio. The display sports a 20:9 display aspect ratio. Realme says it used the “Dazzle light texture technology” and the handset goes through 300 minutes of polishing to deliver the texture we see on its rear panel.

As mentioned earlier, the Realme C3 runs on the MediaTek Helio G70 SoC and is the first phone to ship with the new CPU. The octa-core chipset is built on a 12nm process and has a 2.0 GHz clock speed.     The processor is paired with the ARM Mali-G52 GPU and the MediaTek chip also sports HyperEngine Gaming technology that is said to deliver an ‘enhanced’ gaming experience. The Realme C3 comes in 3GB and 4GB RAM versions that are paired with 32GB and 64GB of internal storage.

There are dual-rear cameras on the Realme C3, which consist of a 12MP main camera that is paired with an f/1.8 aperture lens. There’s also a 2MP portrait camera on the back, which assists while capturing bokeh images. The camera app on the handset also comes with a Chroma Boost feature that is said to employ a pixel-level mapping algorithm to ‘restore’ brightness and colour. It also supports HDR mode photography, slow-motion video recording at 120fps and Full HD video recording.  On the front is a 5MP camera that can capture ‘AI portrait Panoselfie” and more.

The Realme C3 is backed by a 5000mAh battery that is touted to last for 10.6 hours while playing PUBG or deliver 20.8 hours of online video playback. It also supports reverse charging and one will be able to use the handset to charge other devices. There are three card slots on the handset, two dual nano SIMs and one microSD card slot that is expandable up to 256GB. The handset also sports a splash-resistant design, supports Dual Wi-Fi for faster data speeds and supports call and data concurrently.

The Realme C3 is also the first handset to run on Realme UI, which is based on Android 10 and ColorOS 7. The Realme UI features new icon design and will enable users to change the shape and size of the icons, along with their inner graphics. There are also new system animations that are said to be highly optimised. Some additional notable features of the Realme UI are dual-mode music share, focus mode and three-finger screenshot. The dual-mode music share option will enable users to listen to music simultaneously via wired and wireless headphones. Focus Mode will turn on Do Not Disturb to silent incoming notification and play some ‘soothing’ sounds.

Realme UI also introduces Personal Information Protection option and the option is said to deliver empty information pages to apps that request for your personal data. Dark Mode is also integrated and is touted to work with a majority of third-party apps.

The Realme C3 comes in Blazing Red and Frozen Blue colour variants. The 3GB RAM + 32GB storage version of the handset is priced at Rs 6,999 while the 4GB RAM + 64GB storage version costs Rs 7,999. It will go on sale at 12PM on February 14 via Flipkart and Realme.com. It will be sold via offline stores from February 20.

Launch offers on the Realme C3 include an additional Rs 1,000 off on exchange when people buy the phone via Flipkart. Jio users will also get to avail benefits worth Rs 7,550 with the handset.