Realme will launch its C series smartphones on April 8. The series will include the Realme C20, Realme C21 and Realme C25. These smartphones should be priced under Rs 10,000. 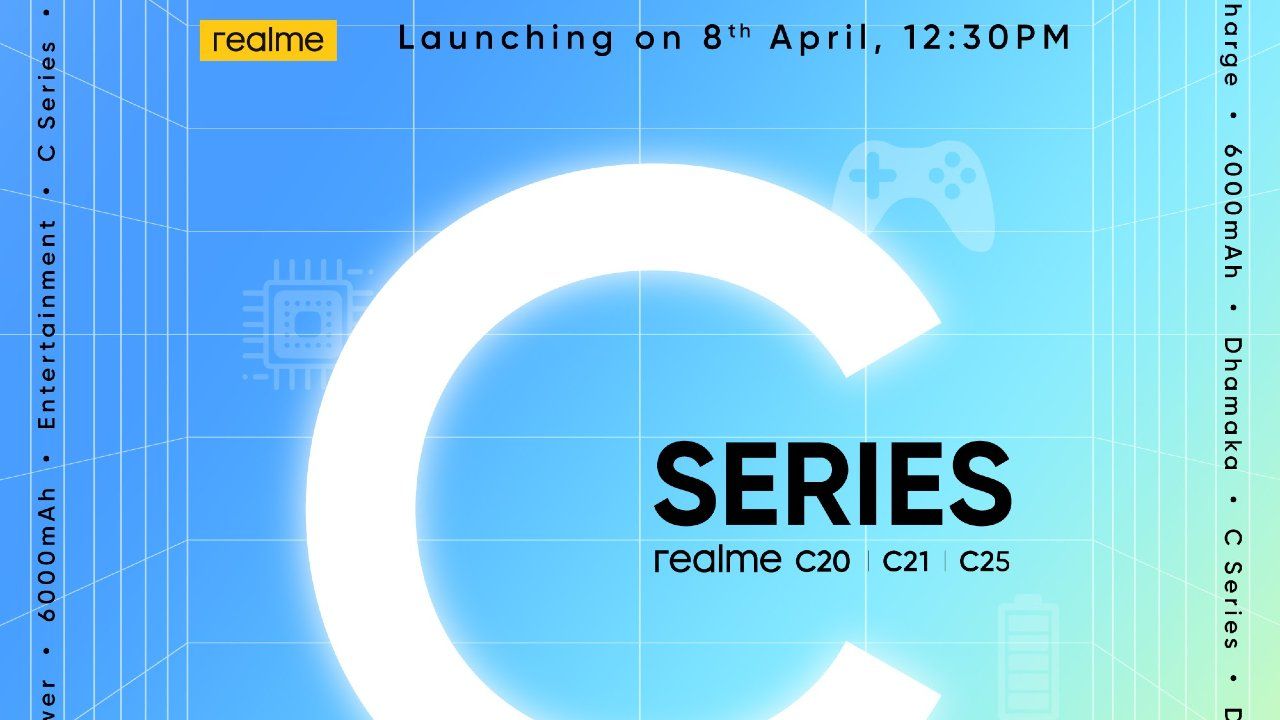 Realme will launch its C series smartphones on April 8

Realme has sent out media invites for the launch of its new C series smartphones, which will be unveiled on April 8. The new devices will be launched digitally on the company’s official social media accounts on Twitter, Facebook and YouTube.

Realme C series: What to expect

The Realme C series launch will come just a couple of weeks after the company unveiled the Realme 8 and Realme 8 Pro smartphones. The Realme 8 is priced starting at Rs 14,999 for the base variant with 4GB RAM and 128GB storage, Rs 15,999 for the 6GB RAM option and Rs 16,999 for the 8GB RAM variant. The device features a 6.4-inch Full HD+ Super AMOLED display with an in-display fingerprint sensor. It is powered by a MediaTek Helio G95 processor with 128GB storage. There is a dedicated microSD card slot that supports expansion by up to 256GB. It runs on Realme UI 2.0, which is based on Android 11. The Realme 8 has quad-cameras on the back that consists of a 64MP+8MP+2MP+2MP configuration. On the front, there is a 16MP selfie camera housed within a punch-hole cutout. The Realme 8 is equipped with a 5,000mAh battery that supports 30W fast charging.