Qualcomm announced three new chipsets. These are the Snapdragon 460, 662 and 720G, made for entry-level and mid-range smartphones. The chipsets also seem to be specially designed for use in India 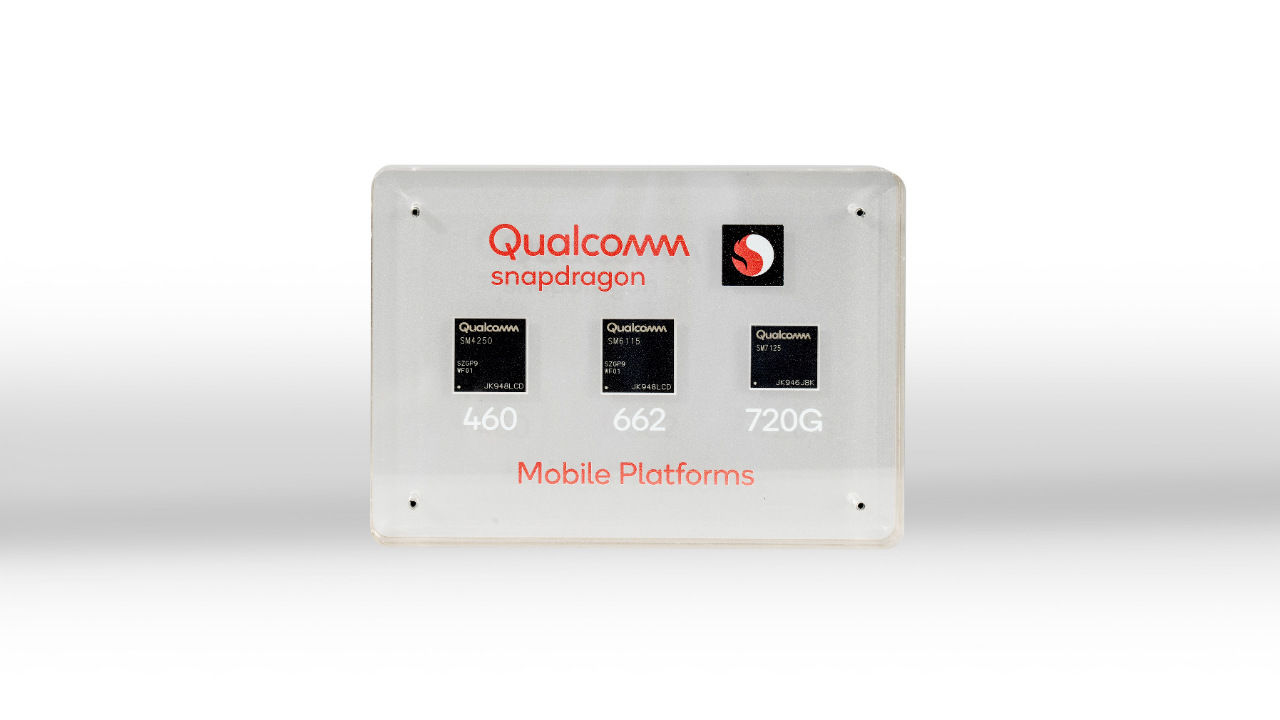 Qualcomm announced three new chipsets — Snapdragon 460, 662 and 720G made for entry-level and mid-range smartphones. Both Xiaomi and Realme pledged to make use of the new platforms in their upcoming smartphones.

The new chipsets comes across as incrementary updates to the existing lineup with the Snapdragon 720G now being the mid-range gaming SoC of choice for OEMs, the Snapdragon 662 targeted for the camera-centric mid-rangers and the Snapdragon 460 coming as a big performance boost for the budget smartphones.

The chipsets also seem to be specially designed for Indian usage. They are the first mobile chipsets to support India's navIC regional navigation system, which should improve locking down on your location much easier in the country.

The Snapdragon 720G is positioned to offer high quality smartphone gaming at a budget, and will be one to look out for this year. The chip is based on an 8nm manufacturing process and rocks new Kryo 465 cores, 2 high performance Cortex A76 and Cortex cores clocked at 2.3GHz and six Cortex A55 cores clocked at 1.8GHz. Qualcomm claimed a 60 percent jump over the previous generation while the Adreno 618 GPU promises a whopping 75% improvement in graphics rendering with HDR video playback support. Interestingly, the Snapdragon 720G also supports charging via USB-PD standard on top of Quick Charge 4+.

The Snapdragon 662 sits lower than the Snapdragon 720G in terms of raw performance as well as imaging. There are four Cortex A73 cores clocked at 2GHz and Cortex A53 cores clocked at 1.8GHz. It gets the Adreno 610 GPU. Interestingly, Qualcomm didn’t throw a number at us for performance increase in this chipset. More than that, the chipset rocks the Spectra 340T ISP that supports up to three cameras and single 48MP photo capture. It also only gets Quick Charge 3.0.

However, this one won’t support the 48MP sensors. The Snapdragon 460 touts a Spectra 340 ISP capable of capturing 25MP images and dual 16MP photo capture. The chip supports Quick Charge 3.0 and is Wi-Fi 6 ready.

Developing now. Story will be updated later with more details