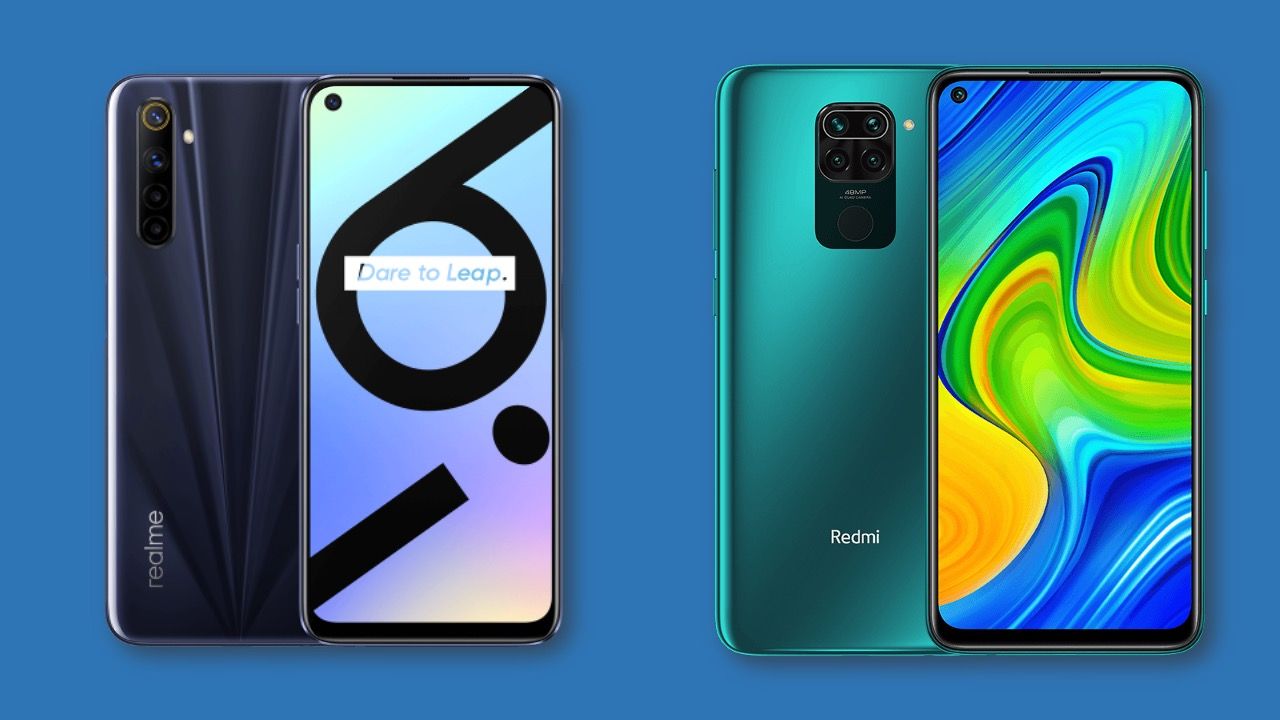 Let’s take a look at how the Realme 6i stands in front of the Redmi Note 9 based on specifications and pricing.

Xiaomi offers more aggressively priced variants for users to choose from while the Realme 6i is only available in two variants and the highest variant comes with 64GB storage.

Realme 6i vs Xiaomi Redmi Note 9: Design and Display

Realme 6i and Redmi Note 9 have a plastic body and both measure 8.9 millimetres in thickness. However, the Realme 6i is lighter at 191 grams as opposed to Redmi Note 9 that weighs 199 grams. Both the phones come with splash-proof resistance and dedicated microSD card slots for memory expansion.

Realme 6i offers a high refresh rate display which is something that could please a lot of people looking to buy a budget phone, however, the price could be a concern as well.

Realme 6i vs Xiaomi Redmi Note 9: Under the hood

Both phones come with the basic set of sensors and connectivity features including Wi-Fi, Bluetooth 5.0, 3.5mm audio jack and USB Type-C port. The Realme 6i has a side-mounted fingerprint sensor while Note 9 has a fingerprint reader on the back.

Realme 6i comes with a quad-camera setup like the Redmi Note 9. It has a 48MP primary camera with an f/1.8 aperture, an 8MP ultra-wide-angle camera with 119-degree field-of-view, a 2MP macro camera and a 2MP depth sensor. On the front, there is a 16MP selfie camera with an f/2.0 aperture. The rear cameras can record in 4K UHD at 30FPS and 1080p videos at upto 120FPS with support for EIS.

The Note 9 has a 48MP primary camera with an f/1.8 aperture, an 8MP ultra-wide-angle camera with 118-degree field-of-view, a 2MP macro camera and a 2MP depth sensor. There’s a 13MP selfie camera on the front, housed inside the punch-hole cutout. The rear camera on the phone can record in 1080p at 30FPS.