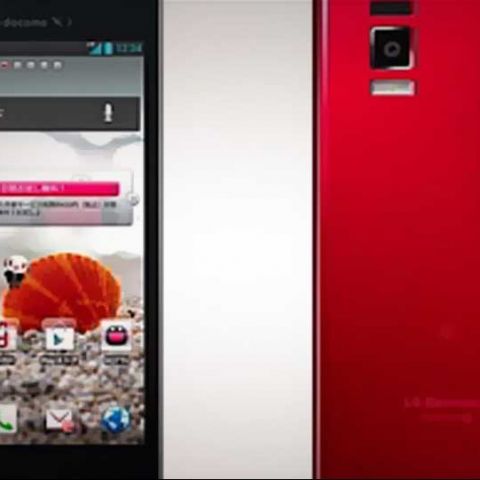 The LG Optimus G has finally been announced by the Korean giant, and will launch in Korea sometime next month, followed by an international launch. Japan will get the Optimus G via NTT DoCoMo, in October or November. So far, no pricing details have been revealed, but we can expect the device to be more expensive than the Optimus 4X HD.

The Optimus G made headlines when Qualcomm announced it would be supplying a quad-core Snapdragon S4 Pro processor to LG, and earlier this week, leaked images of the device made their way to the internet, along with some more specs. LG finally released some official information yesterday, confirming the name, HD display , quad-core processor, and super-strength battery that will last 800 full recharge cycles.

The Tru HD IPS display will apparently deliver 470 nits of brightness, avoid screen burn-in, and use 70% less power than a regular LCD when displaying all-white. The Optimus G also features G2 Hybrid Touch technology, with a 30% thinner gapless panel, reducing the distance from glass to screen.

LG already has one quad-core phone in the market, the LG Optimus 4X HD – you can check out our review of it. The Optimus G a quad-core 1.5GHz Krait processor, on the APQ8064 chipset, combined with MDM9615 baseband LTE chipset. According to Qualcomm, the APQ8064’s design features four asynchronous CPU cores, with independent control for maximum efficiency.

The 8.45mm thick Optimus G will ship with Android 4.0.4 ICS onboard, but a Android 4.1.1 Jelly Bean update has already been announced.