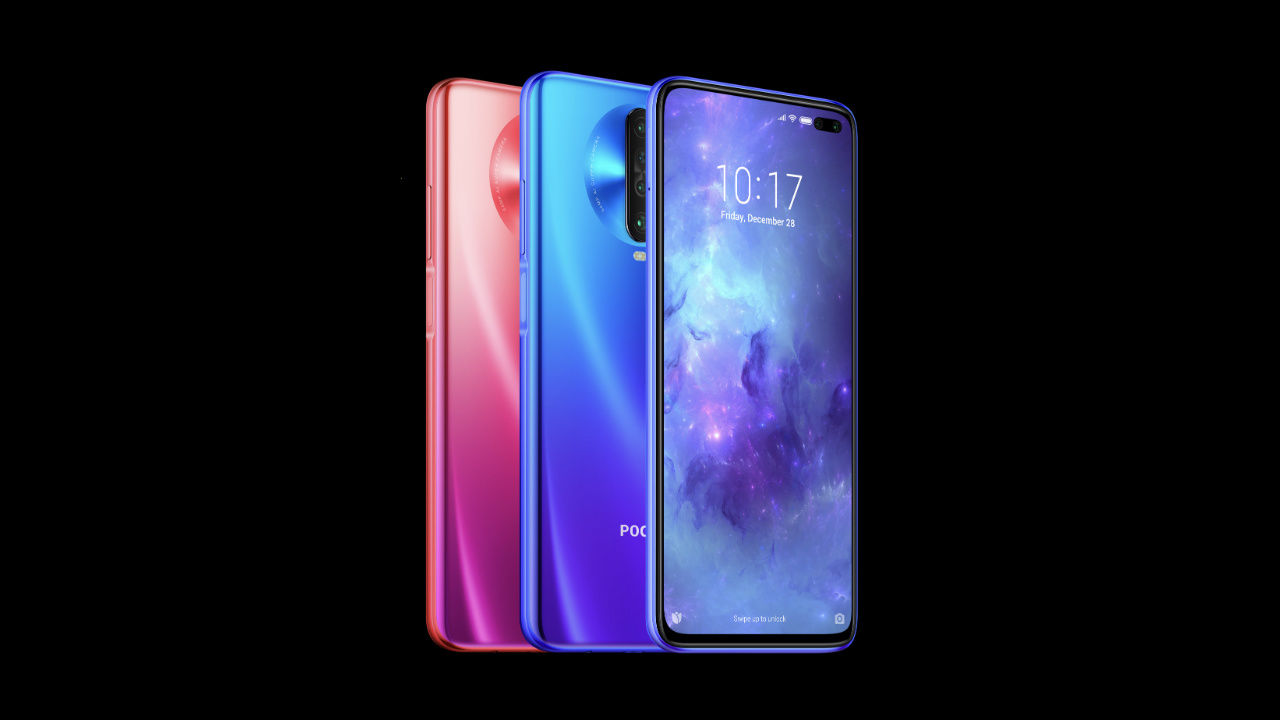 Poco has launched its Poco X2 smartphone in India.

It is a rebranded Redmi K30 and is powered by the same Snapdragon 730G SoC.

It features quad-cameras and a 6.66-inch Full HD+ display.

It has almost been one and a half years since Poco launched its first handset in India and now, it has unveiled its second handset in the country, the Poco X2. The new smartphone by Poco is essentially the rebranded Redmi K30, which was launched back in December, in China. True to previous rumours, the handset sports a circular rear camera setup, which houses four cameras and sports a punch-hole display on the front that houses two cameras. Poco has announced the new phone under a new ‘X’ series and based on the specs and price, it will go up against phones like the Realme X2 Pro, Oppo Reno2, among others.

The Poco X2 comes equipped with a 6.67-inch Full HD+ display that sports a 20:9 display aspect ratio and supports refresh rates of up to 120Hz. The handset also comes equipped with an Intelligent Dynamic Refresh Rate feature, which tones down the refresh rate depending on the task being run by the phone. It is powered by the Qualcomm Snapdragon 730G chipset, which also powers handsets like the Realme X2, Oppo Reno2, and other devices. Poco claims that the Poco X2 is more powerful than the competition and can sustain peak performance, thanks to LiquidCool technology. This tech is said to enable better thermal dissipation, which could result in better performance.

In terms of optics, the Poco X2 comes equipped with a quad rear camera setup. There’s a 64MP IMX686 main sensor by Sony, which is paired with an f/1.89 aperture lens and sports 1.64µm pixel pitch. There’s also a 2MP depth sensor that is paired with an f/2.0 aperture lens, an 8MP ultra-wide-angle camera that features f/2.2 aperture lens and there’s also a 2MP macro sensor with f/2.4 aperture. The camera also supports RAW image capture, 960FPS slow-motion videography and a new VLOG mode that will enable users to create content in an interesting manner. On the front are 20MP + 2MP sensors, which are housed in a punch-hole camera setup.

The Poco X2 comes with up to 8GB RAM and up to 256GB of UFS 2.1 storage. A 4500mAh battery powers the entire package and it also supports 27W fast charge. The company will also include a fast charger in-the-box. A side-mounted fingerprint sensor will help users with unlocking the device and both, the front and rear panel are protected by Gorilla Glass 5. The handset features a Type-C charging port and the 3.5mm headphone jack has been included as well. Additional features of the phone include the availability of its kernel source code, the inclusion of an IR blaster, VoWiFi support and P2i splash-proof coating.

For launch offers, ICICI credit and debit cardholders can also avail Rs 1,000 off on purchasing the Poco X2. The handset will go on sale at 12PM on February 11 via Flipkart.