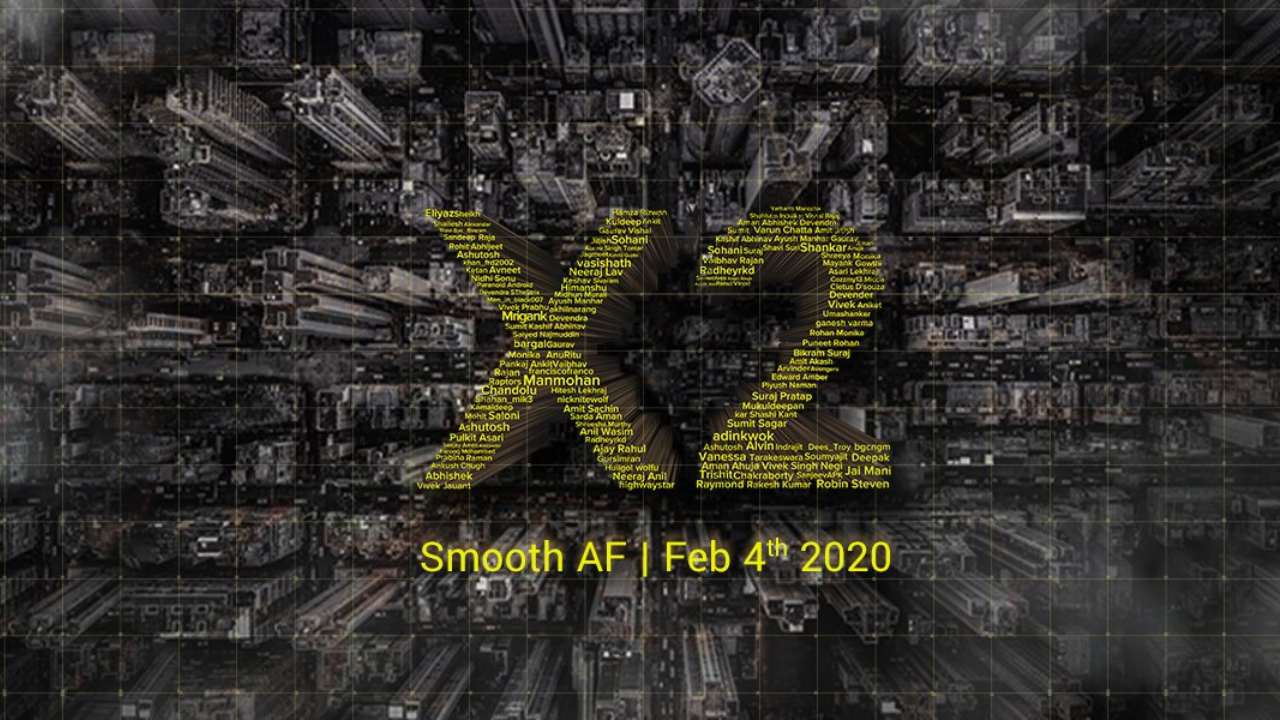 Only yesterday did Xiaomi sub-brand Poco name the successor to its popular Poco F1 smartphone while confirming its launch for February 4 and already it has revealed the Poco X2’s biggest party trick: a 120Hz screen. According to a tweet that the company sent out earlier today, the Poco X2 will sport a ‘RealityFlow’ display with a 120Hz refresh rate. What’s more, the Poco X2’s teaser website suggests that the handset will sport a Sony IMX686 64MP primary camera sensor. We expect to get more details about the Poco X2 as we near its early February launch date.

Poco’s tweet reveals a little more than the inclusion of a 120Hz screen. A closer look at the image in the tweet reveals the presence of a side-mounted fingerprint scanner. The fact that the Poco X2 shares its Sony IMX686 64MP main camera sensor with the Redmi K30 adds to the rumour and probability that the Poco X2 is a rebadged Redmi K30 or a at least variant of it. The Redmi K30 was launched in China in early December 2019 with a Qualcomm Snapdragon 730G chip. It has up to 6GB of RAM and 64GB of storage.

Poco’s first smartphone, the Poco F1, was launched in August 2018 as a ‘flagship killer’. The Poco F1 employs a top-of-the-line Qualcomm Snapdragon 845 chip with up to 8GB of RAM and 256GB of storage. Its screen measures 6.18 inches and has a maximum resolution of 1080 x 2246 pixels. A flat notch on top of the display houses the single 20MP selfie camera with an aperture of f/2.0. Equipped with a 4000mAh battery and 18W fast charging, the Poco F1 entered the market with Android 8.1 Oreo but was recently upgraded to MIUI 11 that’s based on Android 10. You can read more about that here.

The Poco F1 comes with a dual camera setup on its back panel. The primary camera is a 12MP sensor with an aperture of f/1.9, while the second camera is a 5MP depth sensor with an aperture of f/2.0. A dual-LED flash accompanies the two cameras on the back panel. With its successor just around the corner, the Poco F1 is selling on e-commerce websites like Amazon.in at an all-time low price of Rs 14,999. If your immediate phone purchase must include a model with a high-end Qualcomm Snapdragon chip, you can consider the Poco F1. Read our review of it here.

You wanted to hear this. It's time to Xperience the Xtreme with a display that is #SmoothAF. Introducing the awesome 120Hz display on the #POCOX2. pic.twitter.com/sl8y1p01kA