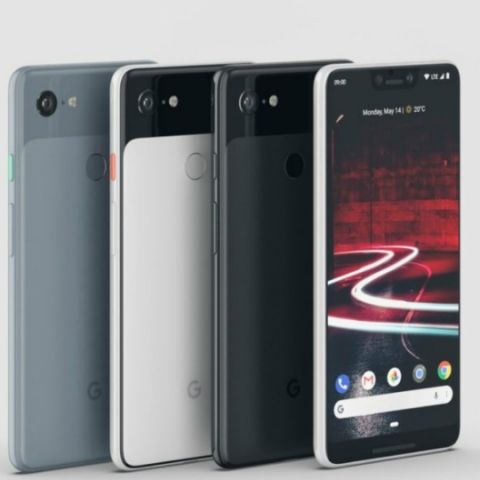 The Pixel 3 will continue to retain a single camera sensor at the back, despite every other flagship sporting dual cameras. There's no escaping the display notch.

The fact that Google is working on the next generation Pixel phones is a given. But what is surprising, based on leaked renders, is the fact the Pixel 3 and the Pixel 3 XL will continue to stick to single cameras at the back, despite a larger push towards dual cameras in flagship phones. Pixel could well be the only line of phones with a single camera unit at that price, and a camera that can take on even triple-camera phones with ease. The concept renders have been leaked by a designer who goes by the name “Phone Designer”. The renders show the phone will come in three colour options — Panda Black, Just Black and Kinda Blue, which are the same colours the Pixel 2 came in.

Furthermore, the renders reveal the Pixel 3 will continue to have a single camera sensor at the back. It’s in contrast to earlier concepts that did show a dual camera setup at the back.

Yet, there’s no escaping the notch. The renders distinctly show the Pixel 3 XL having a notch cutout on top of the display housing what seems to be two cameras up front. Could it be that the Pixel 3 will have 3D face detection? The size of the notch definitely points towards that. Nevertheless, the renders reveal the fingerprint sensor will be retained in the back.

There’s also a black border lining the edges at the back of the Panda black variant of the Pixel 3 in the render. It does look like a departure from the usual half-glass design philosophy of the Pixel phones. There’s also the speaker grill at the bottom chin.

What we know so far is that the Pixel 3 will come running Android P out of the box. The new version of Android will bring gesture based navigation apart from other new features. The phone will likely be powered by the Qualcomm Snapdragon 845 chipset coupled with 4GB of RAM and up to 128GB of storage. That’s pretty common for flagship phones these days.

There’s rumours that the Pixel 3 may also support wireless charging this time along with retaining the squeezeable Active Edge feature that makes the edges pressure sensitive. The phone is likely to be announced sometime in October. The previous two phones were announced on October 4th, and that might just be true for this time as well.