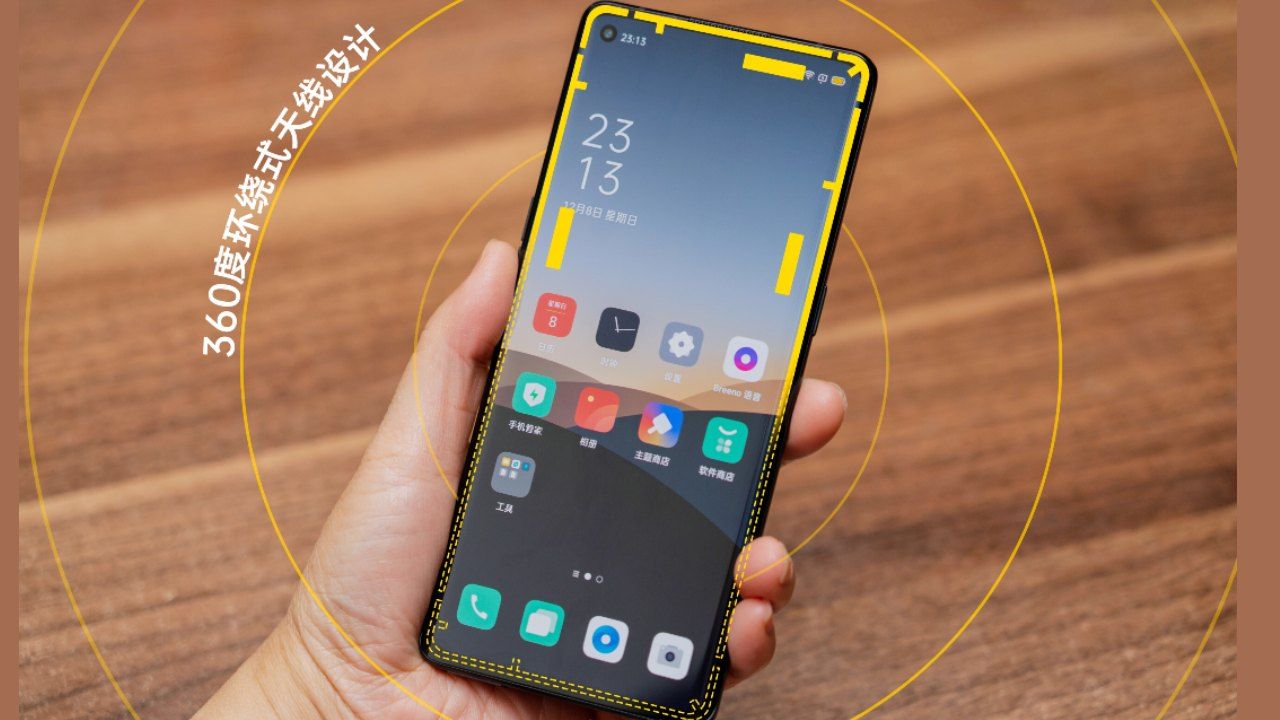 Oppo Reno3 lineup is all set to go official on December 26.

Oppo Reno3 lineup is all set to go official on December 26. The handsets will be launched in China. However, approaching the launch date, we already have a fair idea about the upcoming phones from leaks and official teasers. Now, Shen Yiren, Oppo’s Global VP has revealed on Weibo that the Reno3 series phones will have “360° antennas.” It is said to ensure optimal connectivity regardless of how a person holds the phone. Further, the phone will switch between 4G and 5G connections depending on what a user is doing, battery consumption and the internal temperature.

Oppo Reno3 series is confirmed to offer dual-mode 5G (SA + NSA) support. The 360-degree wraparound antenna design will surround almost the entire frame of the phone in order to ensure better signal reception. It is expected to come in handy when users need a faster and more stable connectivity for tasks like video streaming or playing demanding online games. The image shared by Shen hints that the area covered by users' hand might block the signals, however, the phone's upper half will make sure that network reception is not an issue.

The Reno3 series is rumoured to have three phones namely, Oppo Reno3, Reno3 5G and Reno3 Pro 5G. The vanilla Reno3 was spotted on TENAA last week, whereas the Reno3 Pro 5G recently received certification by the Chinese authority TENAA as well. The Pro 5G  is said to feature a 6.5-inch  AMOLED display that has a punch-hole in the top-left corner and an in-display fingerprint scanner. It is likely to be powered by an octa-core processor, which is believed to be the Snapdragon 765G chipset.