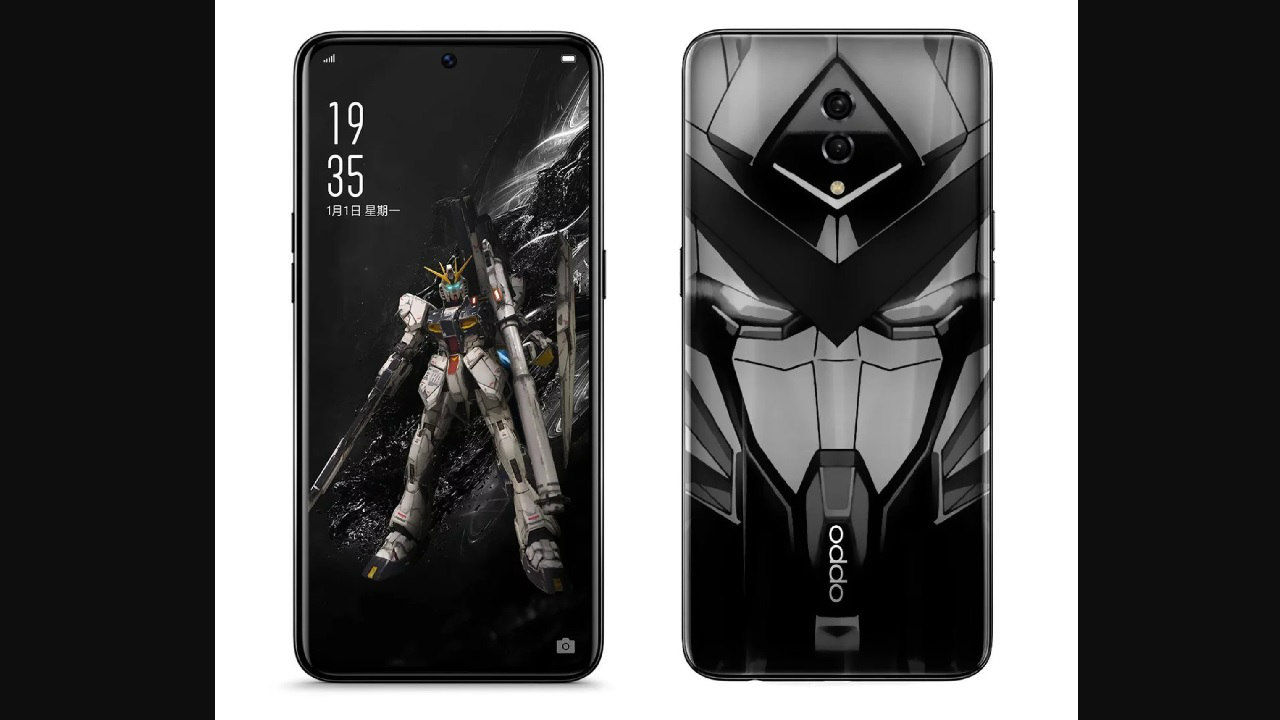 Oppo Reno Ace will be launching on October 10.

Oppo is gearing up to launch the Oppo Reno Ace in China on October 10. Now, it has been confirmed that the company will launch a new variant of the phone alongside the standard version. Oppo Vice President Shen Yiren has teased on Weibo that he has been using a new smartphone that has not been photographed yet. Further, he added that it is the version that was previously mentioned — GUNDAM.

While it is not confirmed what the phone will be called, rumour suggests that the smartphone Shen mentioned is the custom edition Reno Ace smartphone that may be named Oppo Reno Ace GUNDAM Edition. Gundam is a Japanese science fiction media franchise created by Yoshiyuki Tomino and Sunrise. It features giant robots with the name “Gundam.” Moreover, Oppo partnered with Gundam recently.

Oppo has confirmed some key features of the upcoming Oppo Reno Ace. It will sport a 90Hz display panel. Moreover, the phone will also feature a 4000mAh battery that supports 65W fast-charging capabilities. Oppo Reno Ace is expected to be powered by the Qualcomm Snapdragon 855+ chipset.

Oppo Reno Ace could come with some of the newer technologies the company is using Oppo Reno2, which features 20x digital zoom. To recall, according to the promo poster, Oppo Reno Ace will feature a dewdrop notch display design. It may come equipped with a 64MP rear camera. The posted also revealed a vertically stacked quad-camera setup. However, we don’t know the details of the camera sensors as of now.

The Oppo Reno Ace was recently spotted on TENAAA. According to the listing, the phone is equipped with a 6.5-inch AMOLED display that supports 2400 x 1080p resolution. The phone may also be announced with 12GB RAM and 256GB storage. Moreover, it is likely to feature an in-display fingerprint sensor. It may run Android 9 Pie.