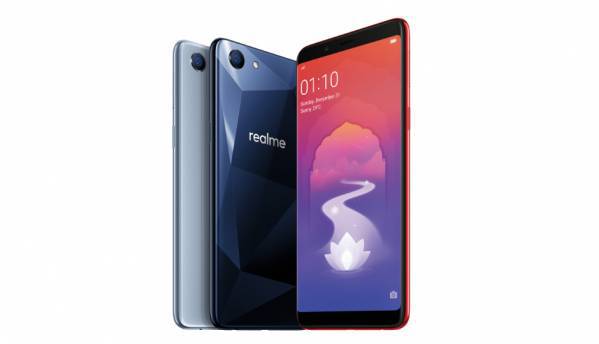 The Realme 1 comes in 3GB, 4GB and 6GB RAM variants coupled with 32GB, 64GB and 128GB of internal storage options respectively. The 3GB and 6GB RAM models will be available for purchase from May 25 via Amazon.

Customers will be able to purchase the Realme 1 on a no-cost EMI option and a 5 percent cashback can be availed by SBI cardholders. Jio customers will also receive a Rs 4,850 cashback with the device and the buyers will get Amazon Prime deliveries on their orders. The company also says that Realme 1 users will get to avail after sale service The company says that Realme customers will have access to over 500 OPPO service centres across India, where any problem with their device will be resolved efficiently.

Coming to the specifications, the Realme 1 is powered by a 2.0 GHz octa-core MediaTek Helio P60 SoC and comes in the aforementioned memory variants. It features a 6-inch Full HD+ display with a resolution of 2160 x 1080 pixels and a taller 18:9 display aspect ratio. The smartphone runs on ColorOS 5.0, which is based on Android 8.1. The dual-SIM handset skips on a fingerprint sensor and relies on the Face Unlock feature.

In terms of optics, the Realme 1 is equipped with a single 13MP rear camera and on the front, it sports an 8MP sensor. Like many other smartphones, the Realme 1 is also touted to implement AI for enhancing the user’s experience. The device is said to capture “vivid bokeh” images using AI. It is backed by a 3410mAh battery, which the company says makes use of AI for better battery management and thermal control for ensuring longer battery backup.

Madhav Seth, Chief Executive Officer of Realme India, says, “With Realme, our intention is to evolve the current Indian online smartphone market by offering Premium-mid range smartphones that deliver a delightful user experience. Realme 1, our first offering, is focused at the young online consumers and is primed to be a market disruptor with the most stylish design, stunning specs along with superb quality and the most satisfying service in the mid-price range. Realme 1 is today the most affordable combination of best design and top performance in the country.”

The Realme 1 goes up against the likes of Xiaomi’s Redmi Note series and Asus's Zenfone Max Pro M1. Xiaomi’s has already jested with the Realme smartphone as the company tweeted that it will launch a new smartphone on June 7. The company's tweet says, "the #RealYou Smartphone is Coming.” There are no confirmations which smartphone Xiaomi could launch but it is speculated that it might be the Redmi S2 in India. The letter ‘Y’ in the #RealYou was highlighted, hinting at the possibility that the Redmi S2 could be launched under the company Redmi Y-series of selfie-centric smartphones.