The Oppo K1 features a waterdrop notch display and is equipped with an in-display fingerprint sensor. 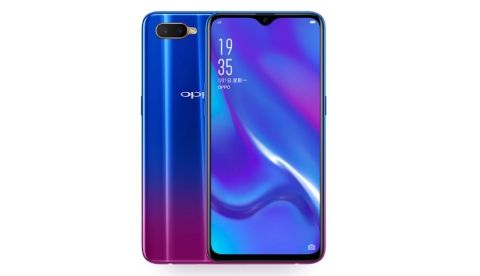 Oppo has announced that it will introduce its new K-series smartphones in India on February 6, with the new Oppo K1. Flipkart has also hosted a new microsite teasing the upcoming phone but as the handset already launched in China, we know everything there is to know about its design and hardware. The only remaining information about the device is its India pricing and the configuration it will be launched in. Highlights of the Oppo K1 include a water-drop notch display with thin bezels on the front and a glossy rear panel with a horizontally aligned dual rear camera setup. It also comes with a 25MP front-facing sensor and is powered by the Snapdragon 660 processor.

The Oppo K1 features a 6.4-inch full-HD+ 19.5:9 display with a 91 percent screen-to-body ratio. The device features an in-display fingerprint sensor and as mentioned earlier, sports a waterdrop notch on the front that houses the front camera. It is powered by the octa-core Qualcomm Snapdragon 660 processor that can clock speeds of up to 2.2GHz and in China, comes in 4GB and 6GB RAM options. The dual SIM smartphone sports 64GB of internal storage, which can be further expanded up to 256GB via a microSD card.

In terms of optics, it comes equipped with a 16MP primary sensor + 2MP secondary sensor on the back, along with an LED flash. On the front is a 25MP selfie sensor and the phone is backed by a 3600mAh battery.

The Oppo K1 is priced at CNY 1,599 (Rs 16,800 approx) for the 4GB RAM model, while its 6GB RAM option costs CNY 1,799 (Rs 19,000 approx). In China, the phone is being sold in Mocha Red, Silver Green, Van Gogh Blue and Black Jade colour models but it remains to be seen which ones will be introduced in India. The Oppo K1 is expected to be priced around the same or slightly lower in India.

Oppo Find Z spotted on European IP filings, could be company's next 5G flagship with Snapdragon 855