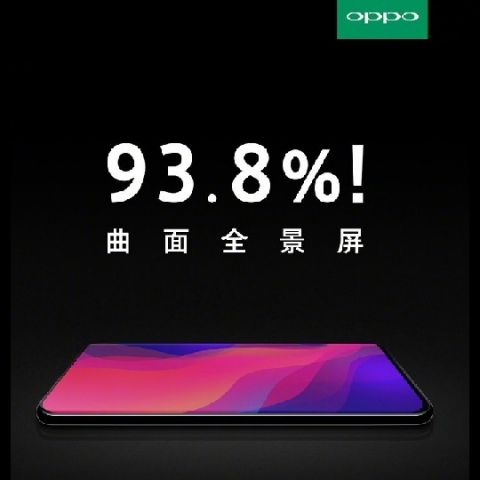 OPPO is holding a launch event for its new flagship smartphone, Find X at The Louvre in Paris on June 19. While hype around the Find X having a screen-to-body ratio higher than 90 percent floated around the internet all of last week, today we’re looking at a tweet from popular online tipster Ice Universe that reads, “The screen area ratio of OPPO Find X is 93.8%” along with a picture of the smartphone.

The screen area ratio of OPPO Find X is 93.8% pic.twitter.com/PMnppvACRu

If this information is to be believed, the OPPO Find X will have a screen-to-body ratio higher than that of the recently launched Vivo NEX, whose ratio is 91.24 percent. It also seems to ditch the notch entirely for a display that spans almost the entire diagonal width of the screen. There’s no information yet on where OPPO is going to hide the front camera, earpiece, and sensors. Like the Vivo NEX, it might feature a pop-out camera. Maybe it will somehow hide it under the display?

According to information previously revealed to us, the OPPO Find X will come with a 6.42-inch display with a 2K resolution. It’s expected to be powered by an octa-core Mediatek Helio P60 processor, along with an ARM Mali-G72 MP3 graphics processor and 6GB (or 8GB) of RAM. The internal storage space of 128GB is supposedly expandable. The battery is expected to be a 3,450mAh unit. The camera setup is said to consist of a dual-lens camera on the back (having 16-megapixel and 5-megapixel sensors) and a 20-megapixel sensor on the front.