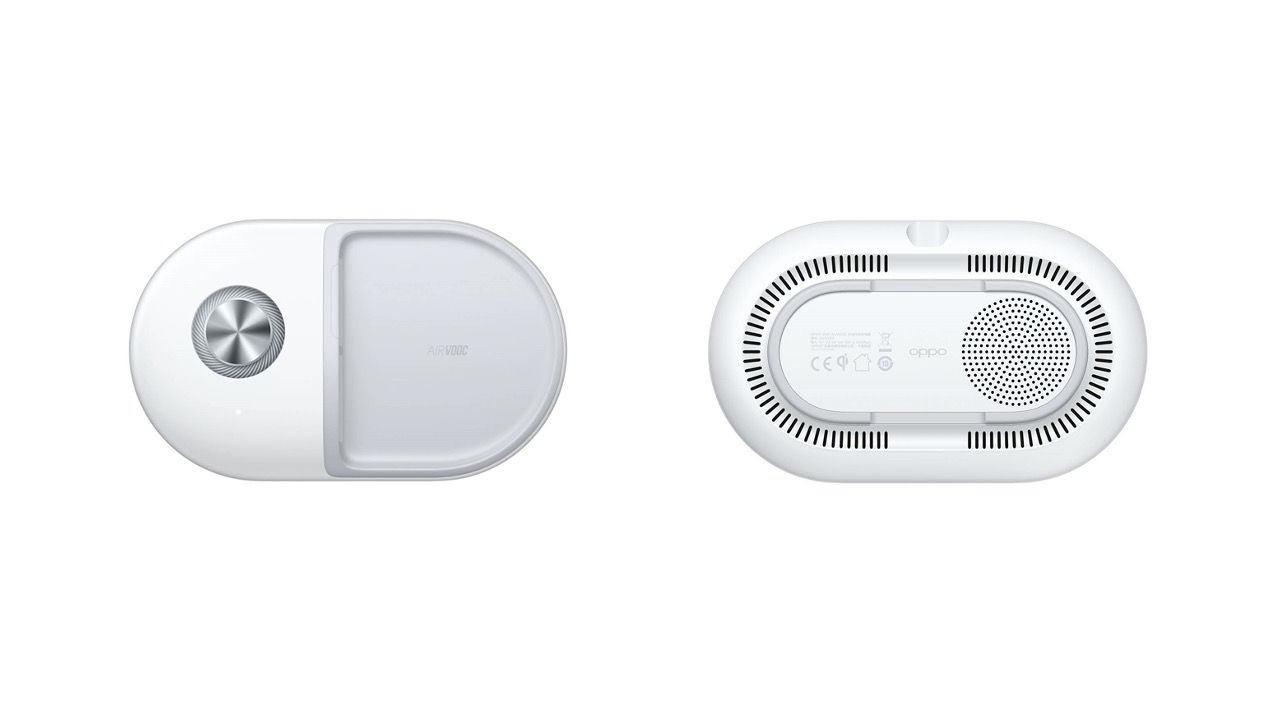 Could launch alongside Reno Ace 2 on April 13

The Oppo AirVOOC 40W wireless charging pad was recently certified by the Wireless Power Consortium (WPC) hinting at an imminent launch. This comes in just in time for Oppo’s launch event for the Reno Ace 2 on April 13. While the company’s latest flagship phones in the Find X2 series don’t support wireless charging, the upcoming Ace 2 is expected to be compatible with the AirVOOC wireless charging solution.

The listing on WPC’s website reveals the design and some key details about the AirVOOC wireless charging pad. While the maximum power output is rated at 65W, the wireless charging only supports peak output of 40W. The charger also supports 18W and 30W power inputs and is also expected to be Qi certified.

The AirVOOC wireless charging pad has an oval form-factor with white and grey highlights. There’s a recessed cutout on the top with the marking “AirVOOC” in the center. This is where you would potentially keep the phone for it to charge wirelessly. There’s a big silver button on the left side and an LED indicator below that.

At the bottom, there are a lot of vents to account for heat dissipation and what looks like a USB Type-C input. A silicone grip is also attached to the base of the charging pad to ensure that it doesn’t slip when kept on a smooth surface.

Oppo is gearing up to announce the Reno Ace 2 on April 13. The specifications of the phone were leaked just days back. The Ace 2 is rumoured to features a 6.5-inch Full HD+ AMOLED screen with an in-display fingerprint sensor and a punch-hole cutout for the selfie camera. On the back, there’s a 48MP quad-camera setup and the phone is powered by Qualcomm Snapdragon 865 chip with upto 12GB RAM and 128GB/256GB storage options. It also supports 65W fast charging and 40W fast wireless charging.