OnePlus to host an event on January 15, speculated to announce OnePlus 6T or OnePlus 7 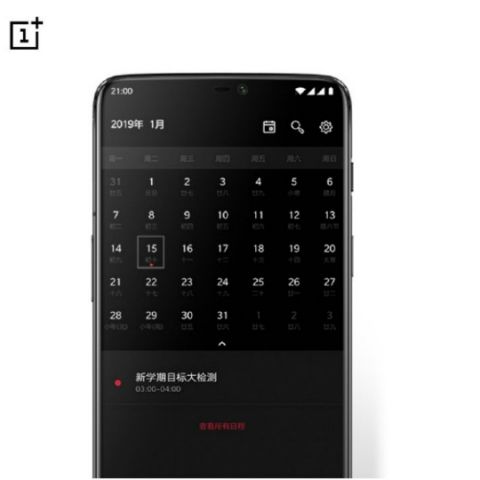 OnePlus seems to be planning an event on January 15 as the smartphone manufacturer has teased the date via its Weibo account. The company has posted a photo of a smartphone with the calendar app open. An event can be seen created on the said date with timings between 3PM and 4PM. Why are we talking about it? Well, it’s because going by OnePlus’ release cycles, the company is expected to launch its next OnePlus smartphone, the OnePlus 6T, around November. This time, it has directly teased a new date in the coming year, which is leading to speculation that the OnePlus 6T or the OnePlus 7, or a 5G-ready OnePlus device could be launched on January 15. However, as there is no confirmation of the same, we suggest that you take this with a pinch of salt.

There is also a possibility that OnePlus is planning to unveil a new accessory or a new colour variant of the OnePlus 6. The company could also be changing its product release cycle, but this is an unlikely possibility. The random date announced by OnePlus is surely odd and we hope to get some more information about it in the coming months. There have been some rumours that the OnePlus 6T is also in the works and the smartphone reportedly secured Eurasian Economic Commission certification.

An earlier report on the OnePlus 6T suggests that it could feature a 6.4-inch AMOLED display. It might be launched running on the Qualcomm Snapdragon 845 SoC, coupled with 8GB RAM and 128GB of internal storage. A 256GB storage variant of the device can also be expected. Rumours suggest that it might feature a 3D depth sensor along with the already present two cameras. On the front could be a 25MP front sensor, bringing the total number of cameras on the device to five. It is also speculated to be backed by a 3,700 mAh battery with dash charge support. You can read more about what the OnePlus 6T is speculated to launch with here.