OnePlus 5 could soon come in third colour option, hints a new teaser from the company. The handset is expected to launch in mint gold colour which was first seen on TENAA listing.

OnePlus could soon add a third colour option to its OnePlus 5 smartphone lineup. The company teased the arrival of a third colour via its official Weibo account with the caption "Who is coming?" The teaser image shows a third device next to the existing option in slate grey and midnight black colour option. OnePlus 5 is expected to arrive in a mint gold colour option, which was revealed in the device's TENAA listing. The minty gold colour is expected to be similar to soft gold colour which was launched as part of OnePlus 3's launch lineup. 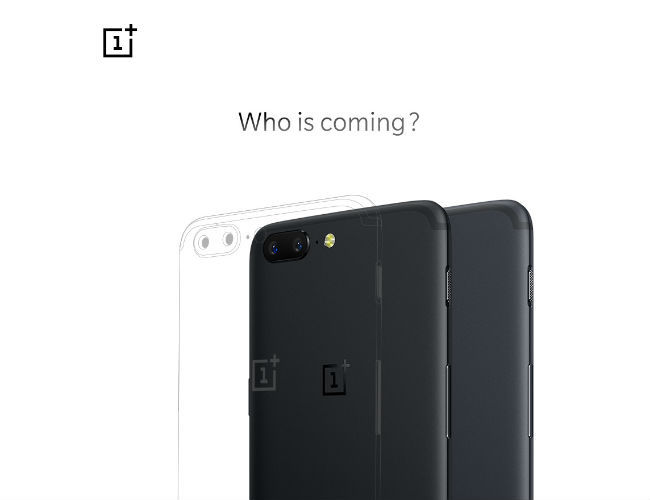 OnePlus 5 sports a 5.5-inch Full HD AMOLED display and is powered by the Qualcomm's Snapdragon 835 platform. The smartphone comes in two options: 6GB RAM with 64GB storage and 8GB RAM with 128GB storage. The OnePlus 5 sports a dual rear camera setup with 16MP normal lens and 20MP telephoto lens. It also offers a 16MP front camera with 1080p video recording. The smartphone supports a front-mounted fingerprint sensor and is backed by a 3300mAh battery. The smartphone is priced at Rs 32,999 for the slate grey variant and Rs 37,999 for the midnight black version.