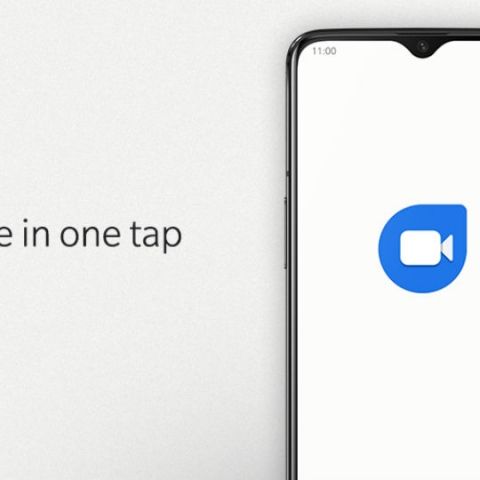 It looks like your OnePlus device will soon have a new native video calling app and it will be none other than Google Duo. OnePlus has officially said that they will “soon introduce Google Duo as a native function for video calls on its devices”. OnePlus goes on to say, “Over the coming week, OnePlus will be rolling out stable OxygenOS software builds, which will deliver a deeper integration of Google Duo on the OnePlus 6/6T/5/5T and eventually on the 3/3T with the Android Pie update,” OnePlus said in a media release. The OnePlus 6T will get the feature with the stable release of OxygenOS 9.0.12, while the OnePlus 6/5/5T will get it through OxygenOS 9.0.4.

Google Duo will be integrated across multiple native functions on your OnePlus smartphone such as call logs, contacts, dial pad, and messaging. This means that if you need to make a video call to one of your contacts using Duo, you don't need to open the Google Duo app. Simply use the native integration. This will make making a video call as seamless as making a normal call through things like call logs, messaging and more.

OnePlus says that users will have access to the traditional carrier video call option as well. This option can be accessed with the 'see all' option under contact details: Contact >Select contact >See all >Choose video call. The feature is already available in the Open Beta builds of OnePlus 6 and 6T devices.

Having Google Duo integrated in an Android device is nice considering we have FaceTime as a native app for all iOS devices and it works on Mac as well. Speaking of FaceTime everything isn’t good for Apple’s video calling service. A 14-year-old found a bug where one could initiate a group FaceTime call and eavesdrop on the receiver of the call without them knowing. Even though Apple resolved the problem, it has been sued for the same and you can read more about it here.

A smartphone user has a number of options to choose from when it comes to video calls. You have services like WhatsApp, Facebook, Instagram and many more providing users with video calling abilities.

Vivo iQOO could debut with a Foldable phone, images leaked