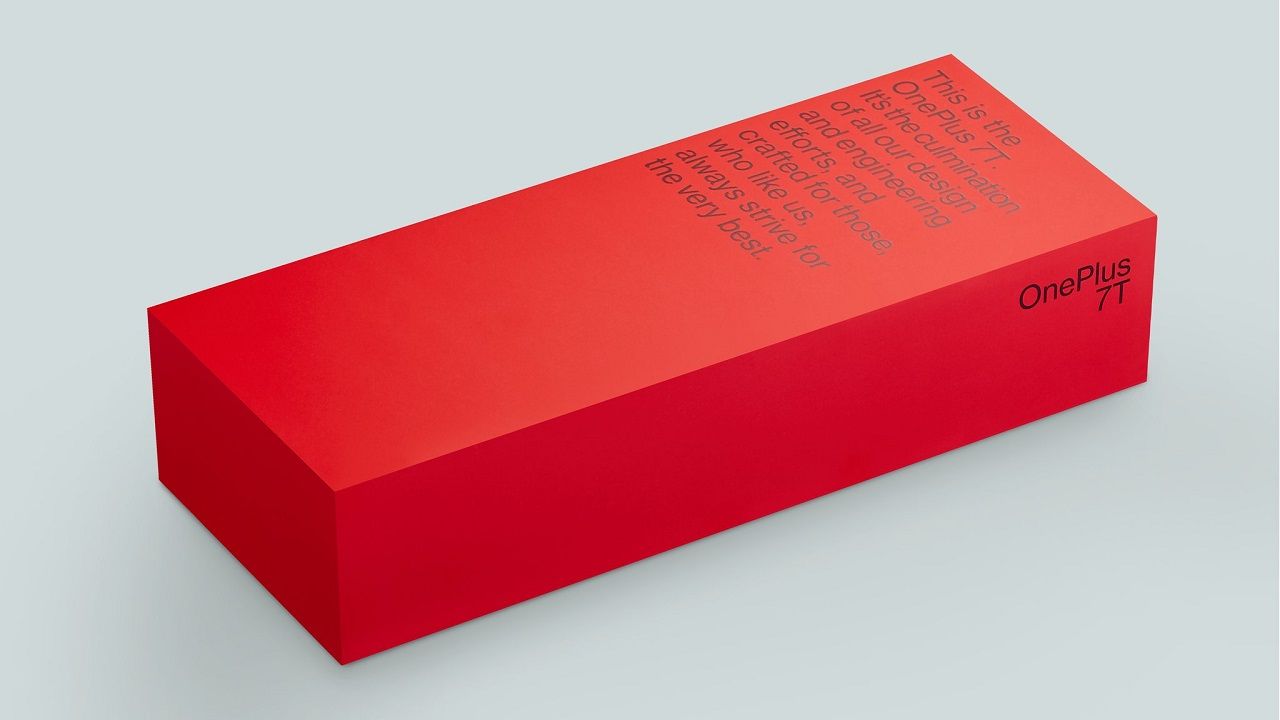 The upcoming OnePlus 7T will ship in a new all-red box.

The OnePlus 7T will be launched on September 26.

OnePlus smartphones have been shipping in a simple white box with red accents since the launch of the first model, the OnePlus One, in April 2014. But that's about to change, indicates a recent tweet sent by the company's Founder & CEO Pete Lau. The image attached in Lau's tweet suggests the upcoming OnePlus 7T will now come in a bright red box that represents “a return to the OnePlus One’s visual design”. The OnePlus 7T is scheduled to be launched in India on September 26 along with the much-awaited OnePlus TV.

Unlike previous OnePlus boxes, which announce the model name of the device packed inside in boldface, the new all-red box comes with a short paragraph written in black on its front face. “This is the OnePlus 7T,” it reads. “It's the culmination of all our design and engineering efforts, and crafted for those, who like us, always strive for the very best.” In addition, the model name of the phone inside is written on the sides of the box too. What's more, the new box appears longer than the previous ones.

Red and bold, a return to the OnePlus One’s visual design. #OnePlus7T pic.twitter.com/S08hiU563P

Set to succeed the outgoing OnePlus 7, the OnePlus 7T is expected to feature a 6.5-inch Fluid AMOLED display with a resolution of 2400 x 1080 pixels. It is confirmed to get a 90Hz refresh rate. The handset will be powered by a Qualcomm Snapdragon 855+ chipset with up to 8GB of RAM. Internal storage is expected to go all the way up to 256GB. Like the current OnePLus 7, it will sport a hidden fingerprint scanner under its display. The battery is expected to be a slightly larger 3800mAh unit.