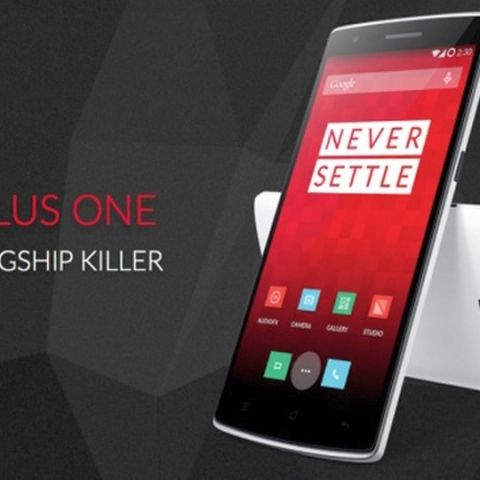 Another Chinese brand has set its sights on the Indian smartphone market. OnePlus has announced rolling out its invitation-only smartphone  - OnePlus One, also touted as the '2014 flagship killer' – in India soon.

Announcing its India plans, OnePlus says on its forum:

Over the past months, we've seen tremendous interest from India, despite not having launched there. We have many customers in India purchasing to the US, and then asking a friend to bring it over or trans-shipping it. Some have even purchased the device from scalpers. Looking at our traffic, India ranks number 8, outweighing many of our launch countries.

It's safe to say that we're interested in India. Being such a young company, we also know that India is a huge challenge. We're all about creating a great user experience from end to end. We understand that there are lots to learn, consider and set up before we can officially launch in this vast country.

What we could have done was keep everything quiet, and then surprise you guys further down the line when everything was ready. We then thought, why not do it together with our Indian fans? In the end, our success or failure will depend on how well we manage to please our fans. So why not start building this relationship right now?

The OnePlus One has garnered wide attention for its impressive specifications and a unique invitation-only strategy. In terms of specifications, the smartphone has a 5.5-inch LTPS IPS display with 1080 x 1920 pixels resolution and 401 ppi pixel density. It is powered by a 2.3GHz quad-core Qualcomm Snapdragon 801 processor along with 3GB of RAM.

The OnePlus One has a 13MP rear camera with IMX214 sensor and f/2.0 aperture. There's a 5MP front facing camera. The smartphone is available in 16GB and 64GB memory variants -  priced at $249 and $349 respectively.

The smartphone UI is based on the latest Android 4.4 KitKat, though it offers a customised version of CyanogenMod ROM called CM 11S. For connectivity, the OnePlus One supports  4G LTE (region dependent), Wi-Fi 802.11 a/b/g/n/ac, Bluetooth 4.0, and NFC. It has a 3100 mAh battery.

Of late, we've seen quite a few Chinese companies entering the Indian market. While Gionee is already running extensive campaigns in the country, the most recent entrant is Xiaomi, which launched its previous flagship Xiaomi Mi3 smartphone.

The Chinese brands have succeeded in grabbing wide attention mainly because of their high spec'd smartphones at affordable prices. For OnePlus too, pricing will be the key. While it will compete against the likes of Gionee and Xiaomi, OnePlus will also face competition from already established brands in the country, especially from Samsung and Micromax.

Oneplus' One: The reviews so far