OnePlus has teased the yet to be announced flagship smartphone in an image, comparing it with its current OnePlus 5T and has also hidden an easter egg in the teaser. 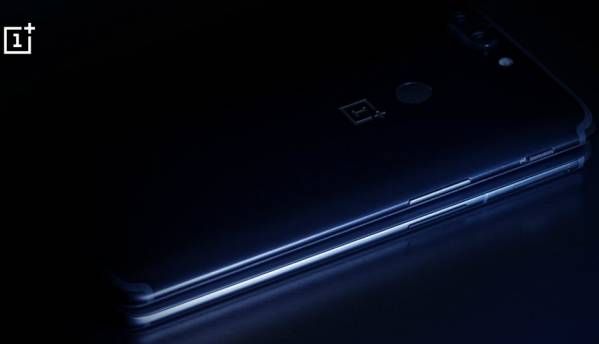 OnePlus has been teasing its upcoming flagship smartphone, OnePlus 6, for some time now. The company’s executives previously revealed an image, which shows a notch on top of device's display and confirmed some of its specs. Now, OnePlus has again teased the smartphone on Twitter, which at first glance seems like the OnePlus 5T. However, on closer inspection, one would notice that another phone is placed beneath it, it’s the OnePlus 6 with its edge revealed. As per the image, the company seems to have repositioned either the volume rocker or the alert slider. It’s not clear yet, as it’s difficult to make out if the phone is resting on its display or the rear. There’s no other revelation or hint as to what features or design changes the phone might come with, but the company’s tweet hints at a “refined” form factor. It reads, “More immersion in a refined form factor. Are you ready for the #OnePlus6?”

One would have guessed that there’s no more info to be gained from the image, but a Twitter user @TrobuHD posted an overexposed version of the same image, revealing a hidden website link (http://onepl.us/see6). Judging from the link, one would think that the website it leads to will reveal some more info on the OnePlus 6, however, the easter egg redirects to a video of 'Never Gonna Give You Up' on YouTube, suggesting that it’s unlikely that the company will give up the OnePlus 6 entirely before it’s launched.

As mentioned earlier, some specs of the OnePlus 6 have also been confirmed by the company. The smartphone will be powered by the Qualcomm Snapdragon 845 SoC with 8GB RAM and 256GB of internal storage, which will be a first for the smartphone manufacturer. It’s already known that the OnePlus 6 will come with a notch on top of its display and retain the 3.5mm audio jack. Also, the device will have a compatibility mode for hiding the notch whenever the phone is in landscape mode. The mode can also be set for individual apps and “works flawlessly” with over 1000 top apps on the Play Store, the company says.

OnePlus also confirmed that the phone will support gesture-based navigation. Same as the iPhone X, it could allow users to swipe down for returning to the home screen and also support gestures for booting up apps. The Alert Slider will also get a new function and it could be used for manually focusing the camera. A previous report suggests that the OnePlus 6 could feature a red coloured Alert Slider, same as the one we have seen on the OnePlus 5T Star Wars edition. The smartphone could also be introduced in a new Blue colour variant, alongside the regular White and Black colour models.

The company might also launch a Bluetooth enabled version of its Bullets in-ear headphones alongside the upcoming flagship smartphone. Registered to OnePlus, the ‘OnePlus Bullets Wireless’ headphone was recently spotted on the Bluetooth certification website with the model number BT31B. There are also reports which suggest that the phone could sport a wooden finish on the rear panel, but there is also a possibility that it could be a special variant. The phone is expected to launch running on OxygenOS based upon Android Oreo and official forum for the OnePlus 6 is also live.