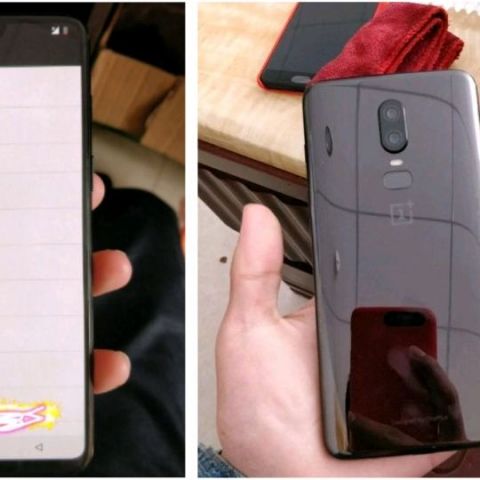 Details of the upcoming OnePlus 6 'killer flagship' have been leaked by Android Central and the publication claims that the smartphone will adopt the much talked about Notch design with a taller 19:9 aspect ratio display. The Notch was first seen on the iPhone X, but was later adopted by the Asus ZenFone 5 launched at MWC 2018. The ZenFone 5 also adopted the 19:9 aspect ratio which is now expected to feature on the OnePlus 6. This rationale behind the 19:9 aspect ratio is that it makes for seamless video viewing with no interference from the notch. OnePlus also seems to be thinking in those terms by adopting the new aspect ratio.

Further, the OnePlus 6 is expected to score highly on benchmarks as the device is reported to feature the Qualcomm Snapdragon 845 chipset. AnTuTu scores obtained by Android Central show the OnePlus 6, also codenamed A6000, bearing an overall score of 276510, which is higher than the purported performance scores of the Xiaomi Mi Mix 2S launching on March 27. The leaked CPU scores of the OnePlus 6 reveal that the phone will indeed house the Snapdragon 845 chipset.

Further, the report notes that the OnePlus 6’s system clock has been relocated to the left and the UI has been rearranged to accommodate a notch. Benchmark screenshots obtained by the publication were of the 19:9 aspect ratio, confirming the new format on the OnePlus 6.

A previous leak also suggested that the OnePlus 6 will feature a notch at the top of the display, but details of the aspect ratio and benchmarks were not known at the time. Leaked images of the smartphone also showed that it will come with a glass back, possibly to accommodate wireless charging. An image of the rear panel of the alleged OnePlus 6 tipped at a vertically stacked dual rear camera setup with an LED flash an a rectangular fingerprint scanner right below it. The smartphone was also seen running on 6GB RAM with 64GB internal storage.