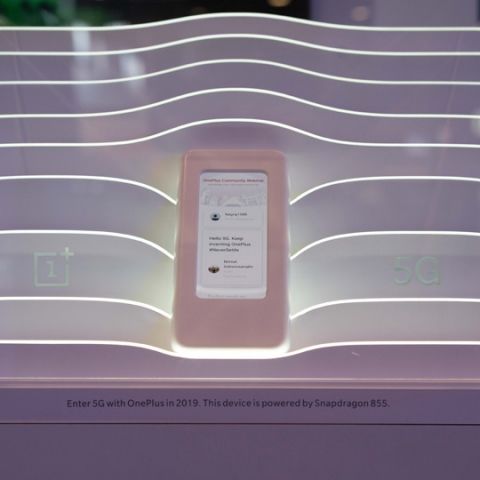 Not one to be left out of the limelight, OnePlus has brought its 5G prototype smartphone to MWC, which is on display at the Qualcomm booth

Mobile World Congress this year has barely begun and we’ve already been treated to a host of amazing announcements. While foldable phones seem to be the flavour of the season, this year’s MWC also sees 5G smartphones finally being announced, with working models put on display. Not one to be left out, OnePlus has put on display its prototype 5G smartphone at the Qualcomm booth.

The OnePlus 5G prototype is housed within a protective casing in addition to the phone itself being covered up with a case, with only the display being visible. This, the company says, has been done because the device has not yet been announced, so the company has taken steps to prevent the device’s design from leaking out. We have, however, already been treated to a few leaks about the OnePlus 7(₹ 29999 at amazon)’s possible design. 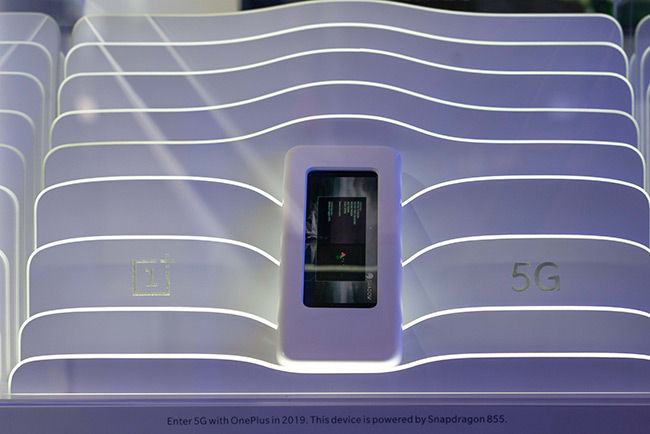 In addition to the phone being available on display, OnePlus and Qualcomm have also set up a 5G demo at the booth for showcasing cloud gaming over 5G. “At Qualcomm Technologies’ booth, OnePlus simulated a futuristic setting of 5G cloud gaming where players would only need a smartphone and a gamepad. Through the powerful capabilities of cloud processing as well as the throughput and responsiveness of 5G, players can play large sized games online that are generally only playable after downloading onto the PC first. Utilizing Snapdragon elite gaming features and optimizations, players were able to experience high definition and low latency cloud gaming like never before.”

OnePlus had announced last year that in 2019, the company would release a 5G enabled smartphone. Speculation has been that the upcoming OnePlus 7 (if it would be called that) could be 5G enabled, but the company, so far, has denied that claim. 5G is expected to be a transformative technology not just for smartphones, but also for IoT and any other industry devices that rely on connectivity. One industry that could get a significant boost is gaming, as 5G networks are high bandwidth, low latency networks. This combination could allow gamers to play games on their phone without having to download it on their phones. At the very least, we can expect improved online multi-player experiences. However, these improvements would be available to any smartphone that is 5G enabled, and not just OnePlus’s device.

OnePlus is yet to officially reveal their next flagship, at which point, we will officially know whether it will come with 5G or not.