As per the advertisement, the device will be priced at Rs. 27,999 and will sport a Snapdragon 820 SoC with 6GB of RAM 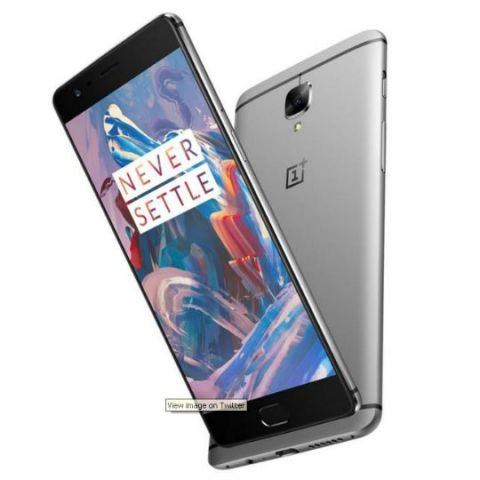 The pricing of the OnePlus 3 in India may have been revealed a few hours before its launch. According to an advertisement in the Hindustan Times, the phone will be priced at Rs. 27,999 and will be exclusive to Amazon India. Other specifications include a Qualcomm Snapdragon 820 SoC with 6GB of RAM. It will also offer 64GB of internal storage. The advertisement also says that the device has a 16MP front and an 8MP rear camera (this will most likely be the other way around). It also has a fingerprint sensor, which will most likely be located on the home button. Other features mentioned are, Smart Capture, Optic AMOLED, and Dash Charge. However, it is not yet known what these features exactly are. Further, those who purchase the device will receive a one-year subscription to a number of different subscriptions such as Saavn Pro, Kindle, and accidental damage protection via OnePlus Care. In addition, Idea subscribers will also get 12-months of double data.

For this price, the new OnePlus 3 would give stiff competition to the recently launched LeEco Le Max2. The top variant of the device also offers a Qualcomm Snapdragon 820 SoC with 6GB of RAM, but is priced slightly higher at Rs. 29,999. OnePlus is scheduled to launch the device today via virtual reality and the company has been giving away its Loop VR headset set. Further, those who are a part of the launch will also get a chance to purchase the device before anyone else. 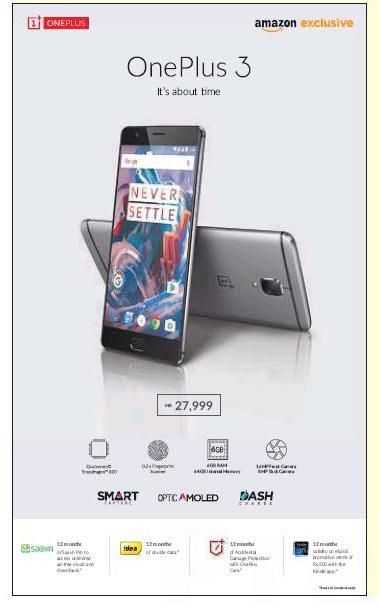