The OnePlus 10 Pro has triple cameras on the back headlined by a 48MP main camera, a 50MP ultra-wide camera, and an 8MP camera. 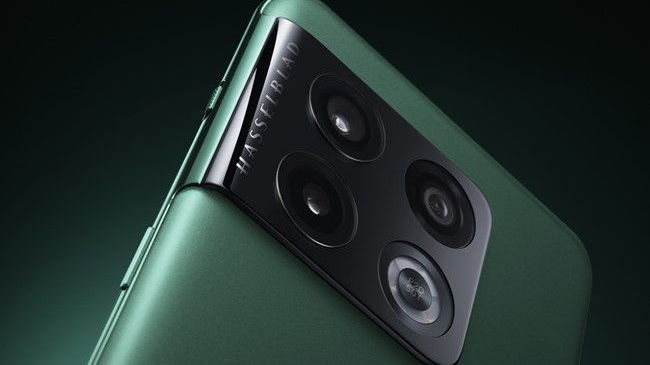 OnePlus 10 Pro is all set to launch on January 11.

It's no secret that OnePlus is about to launch its latest flagship, the OnePlus 10 Pro(₹ 61999 at amazon), in its home country China next week. Ahead of the phone's launch, OnePlus has already revealed the key specifications of the device and has also taken the lid off the design of the phone by showing the phone's pictures.

And now, the company has also detailed the camera features of the upcoming OnePlus 10 Pro. In a bid to drum up interest for the phone ahead of its launch, OnePlus has detailed the second-generation Hasselblad Camera present on its newest flagship smartphone – the OnePlus 10 Pro. The camera module on the device brings with itself a number of new features which have been brought to life in partnership with camera manufacturer Hasselblad.

These features include OnePlus Billion Color Solution and second-generation Hasselblad Pro Mode with RAW+ support. Additionally, the OnePlus 10 Pro’s camera system also brings with it a brand-new Movie Mode and a 150° ultra-wide camera.

Also Read: 5 smartphone camera technologies and trends to look forward to in 2022

The OnePlus 10 Pro also brings with itself the second-generation Hasselblad Pro Mode that is supported on all three of its rear cameras and allows the lenses to capture photos in 12-bit RAW complete with Hasselblad Natural Color Solution. The OnePlus 10 Pro’s second-generation Hasselblad Pro Mode also supports a new RAW format called RAW+ that is claimed to provide all the benefits of capturing in a RAW format picture with the smartphone’s computational photography elements. This results in the highest quality photo files with greater dynamic range, noise reduction, and more for users that love editing their shots.

Movie Mode debuts on the OnePlus 10 Pro, allowing for the adjustment of ISO, shutter speed, and more before and during video capture. Additionally, Movie Mode lets users film in a LOG format without a pre-set picture profile, providing videographers with a blank canvas for editing. Footage captured in a LOG format also offers greater dynamic range and more information in shadows and highlights.

Talking about the camera specs of the phone, the OnePlus 10 Pro has triple cameras on the back headlined by a 48MP main camera, a 50MP ultra-wide camera, and an 8MP camera which is likely a telephoto lens with 3x optical zoom. The rear camera array supports dual OIS while on the front we get a 32MP selfie camera. The cameras of the OnePlus 10 Pro have been tuned by Hasselblad.