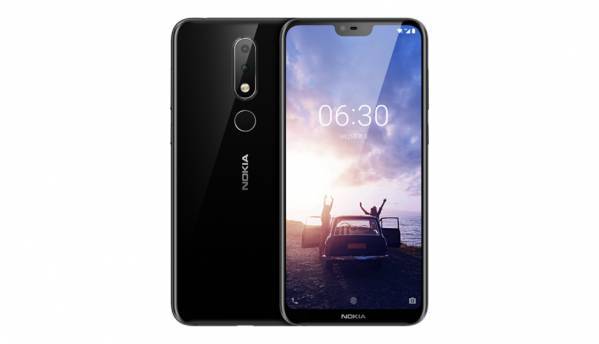 The Nokia X6 sports a notch on top of its display, which is a first for the brand, and comes with a 16MP + 5MP dual-rear camera setup and a 16MP front-facing camera.

HMD Global has launched its new Nokia X6 smartphone in an event in Beijing, China today. As expected, the smartphone features an iPhone X-like notch on top of its display and it’s the first device by the company to offer the design feature. The mid-range smartphone sports a unibody design and features a vertically stacked dual-camera setup on the rear. It comes in three variants, two 4GB RAM models with 32GB and 64GB storage options, which are priced at CNY 1,299 (Rs 13,700 approx) and CNY 1,499 (Rs 16,000 approx) respectively. There is also a 6GB RAM model, coupled with 64GB storage and it costs CNY 1,699 (Rs 18,200 approx) in China. The company has not announced if the device will be available globally or not.

Coming to the specifications, the Nokia X6 is powered by an octa-core Snapdragon 636 platform and comes in the above-mentioned specifications. The internal memory on the device can be further expanded by up to 256GB via a microSD card. The 5.8-inch Full HD+ display on the smartphone is protected with Gorilla Glass 3 and runs on Android 8.1 Oreo. It features a rear-mounted fingerprint scanner and is backed by a 3060mAh battery that comes with support for Quick Charge 3.0. It comes with a USB Type-C port and the company claims that the phone can be charged up to 50 percent in 30 minutes while using an 18W charger.

The Nokia X6 is equipped with a 16MP + 5MP  dual-rear camera setup with a f/2.0 aperture lens and 1-micron pixels. On the front, it comes with a 16MP sensor with the same f/2.0 aperture and 1-micron pixel sensor. As artificial intelligence seems to be all the rage, Nokia is touting improved AI features on the smartphone for improved photography and it is said to detect the scene being captured and automatically optimise the colour contrast and depth of field. The AI also helps in capturing images with portrait lighting effect and supports face recognition as well. The Nokia X6 also gets the Bothie feature, which allows users to capture video and photos from both the front and rear camera simultaneously.