Nokia X revealed officially by HMD Global, confirmed to launch on May 16 in China 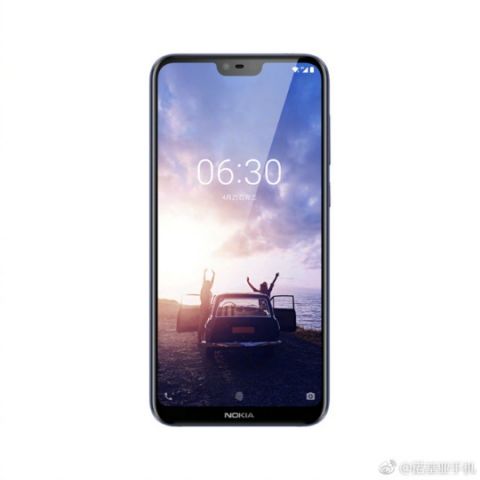 The smartphone is seen featuring a notch on top of the display in an image posted by Nokia via its Weibo account. The launch invite circulating on the internet tips at a May 16 launch of the smartphone in China.

HMD Global has confirmed the launch date of its Nokia X smartphone, which will be unveiled on May 16 in China. The company had reportedly sent out an invite for the launch event, which is circulating on Baidu and was first spotted by Nokiamob. Via its official Weibo account, Nokia posted an image of the yet to be launched smartphone, revealing the display and confirming what previous reports suggested, it will feature a notch on top of the display. It’s not confirmed yet if the device will be called the Nokia X or the Nokia X6, as previously tipped in leaks, but will feature an edge-to-edge display with almost no bezels. There is, however, a chin on the bottom on which the Nokia logo is placed.

No specifications of the upcoming smartphone have been announced officially but as per a previous report, it could feature a 5.8-inch Full HD+ screen with a 19:9 display aspect ratio and 1080x2280p resolution. It is speculated to be powered by either the Qualcomm Snapdragon 636 or the MediaTek Helio P60 and come with options of 4GB or 6GB RAM and 64GB and 128GB of internal storage. The smartphone might feature a 12MP dual-camera setup with Carl Zeiss lenses on the rear and is rumoured to come at a premium price.

Along with the Nokia X (or X6), the company could also launch some revamped Nokia N Series smartphones. The company recently posted an image of the Nokia N8 via its Weibo account commemorating the launch of its first-ever Nokia N Series smartphone, which was released 13 years ago on April 27, 2005. HMD Global has been banking on the nostalgia factor for some time now as it reintroduced the Nokia 3310 with revamped configuration and more recently, the Nokia 8110 4G.