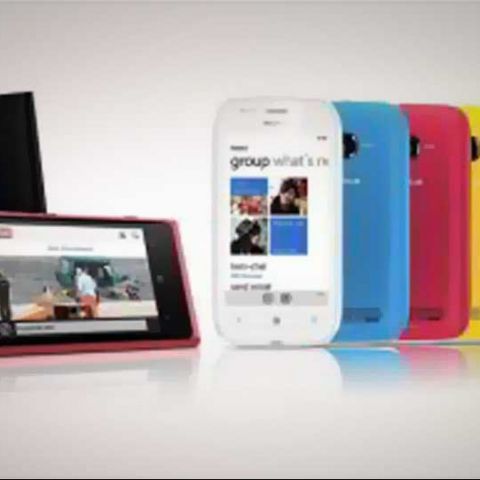 The first Nokia Windows Phones have finally arrived, as expected at Nokia World – the Lumia 800 and 710, fresh with Mango (WP7.5) onboard. The devices, sharing similar specs, are expected to hit stores in Europe starting November, followed by India, Hong Kong, Russia, Singapore and Taiwan before the end of the year; rolling out completely by early 2012.

The two Nokia Windows Phones have distinctive form factors however, with the Lumia 800 sharing the unibody styling of the N9, and capacitive touch buttons, while the Lumia 710 has hardware buttons. Neither device has a front-facing camera. Differences include the storage space (8GB versus 16GB), the type of display (ClearBlack TFT instead of ClearBlack AMOLED), camera (5MP autofocus with LED flash versus 8MP Carl Zeiss f/2.2 with dual-LED flash), and battery (1300 mAh versus 1450 mAh).

The Lumia 710 comes in black or white, with interchangeable back panels in various colours – black, white, fuchsia, yellow, cyan. The Lumia 800 comes with a choice of cyan, magenta, and black. More images below (click to enlarge):