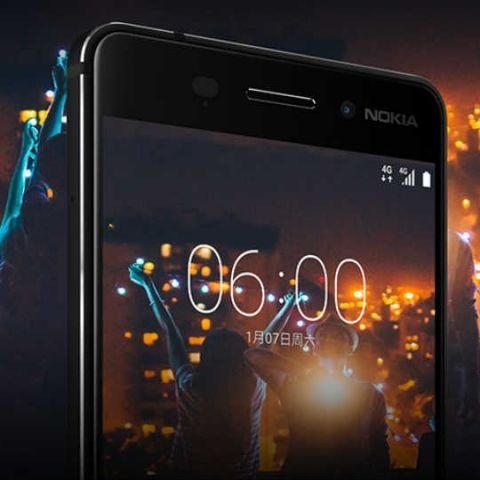 Nokia has officially confirmed that it will launch a Snapdragon 835-based flagship Android smartphone but the company has not revealed the exact timeline. As spotted by Nokiapoweruser, Nokia China's official Weibo account has confirmed a Snapdragon 835-based handset in reply to a user query around the flagship Android smartphone.

Nokia has long been rumoured to introduce a flagship Android device with Qualcomm Snapdragon 835 processor. The smartphone dubbed P1 has been part of various leaks in the past and the same was recently tipped to feature a 5.3-inch IGZO display, with a price of around Euro 800 approx. 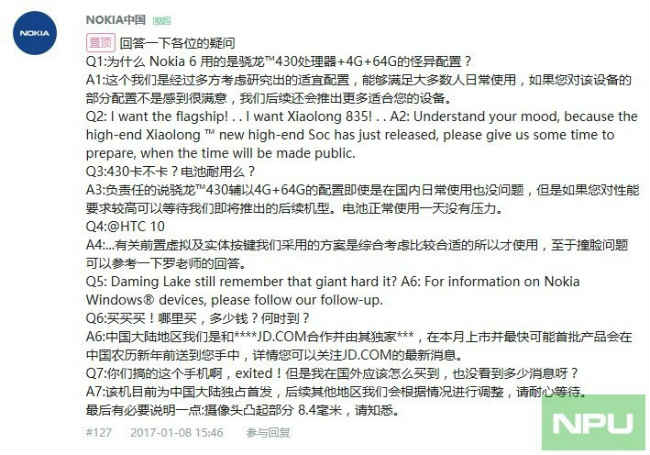 Other rumours around the device include the use of 6GB RAM and options for 128GB or 256GB storage. The smartphone is also expected to feature Zeiss-branded optics with 22.6MP rear camera. Further, the smartphone is rumoured to house a 3500 mAh battery with support for Qualcomm's Quick Charge 4.0 technology. Nokia has already announced its Mobile World Congress event scheduled for February 26. The company is expected to announce its flagship smartphone along with a budget device named Nokia D1C.

The Weibo account also gives a hint at return of Nokia Windows device in future. This could well be a tease from Nokia's social account and not an official communication but it is certain that the company is working on a flagship with Snapdragon 835 processor.