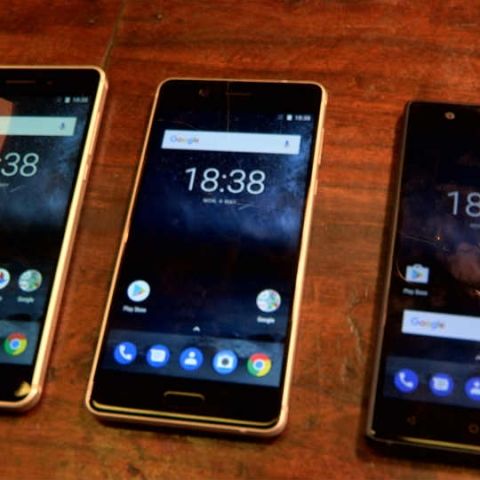 HMD Global will launch Nokia's range of smartphones in India tomorrow, and it seems like the prices for the phones may have already leaked. According to a report by Bestsmartphonesunder, the Nokia 3 will be priced at Rs. 9,990 and Nokia 5 will retail at Rs. 12,990. Nokia 6, the company's premium mid-range smartphone will become available at Rs. 15,990. 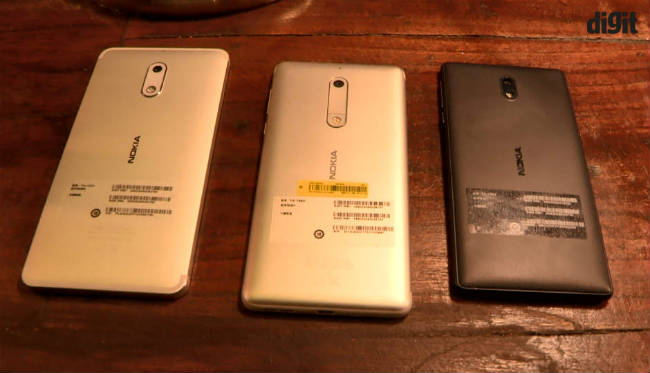 To recall, HMD Global announced its first Nokia-branded smartphone called the Nokia 6 in January, exclusively for the Chinese market. The company then announced a global variant of the device at MWC, alongside the Nokia 3 and the Nokia 5. The Nokia 6 is the most premium of the three Android smartphones and features a 5.5-inch Full HD display, Snapdragon 430 processor, 4GB RAM and 64GB storage. The Nokia 6 sports a 16MP rear camera and an 8MP front camera. It runs Android 7.1.1 Nougat and is backed by a 3000mAh battery with support for fast charging.

Earlier, reports suggested that only the Nokia 3 will be available for purchase at the time of launch, while the Nokia 5 and the Nokia 6 will be made availble later. The company also confirmed that all its smartphones will get the Android O update when Google makes it official for its OEM partners. HMD Global has already started selling the Nokia 3310 feature phone in India and might announce company's India manufacturing plans at the event.