Nokia expected to announce new smartphones on May 29 in Moscow

HMD Global has sent out press invitations for an event it is hosting in Russia on May 29. The invite doesn’t reveal what devices could be announced over there, but rumours suggest that the company might unveil the 2018 editions of the Nokia 2, Nokia 3 and the Nokia 5. The company’s top brass like Florian Seiche (CEO), Pekka Rantala (CMO), and Juho Sarvikas (CPO) will also be present, so we can expect some important announcements and product launches at the event. Earlier this month, Sarvikas teased that a revamped version of the Nokia 5 smartphone could be announced soon. He did not give away any other details like what hardware and design changes it could come with or when it could be launched. However, the company’s CMO, Pekka Rantala did confirm at the Mobile World Congress 2018 (MWC) that the new Nokia 5, Nokia 3 and Nokia 2 smartphones will be unveiled soon.

The company recently launched the Nokia X6 smartphone in China. It’s currently not known whether the device will be made available globally or not and there are reports that it could be exclusive to China. However, as per a NokiaPowerUser report, the company might globally unveil the Nokia X5 and X7 smartphones at the upcoming event. There is currently no information regarding the two new devices, but they are speculated to be based on the same design as the Nokia X6, with dual rear cameras and AI-based features. 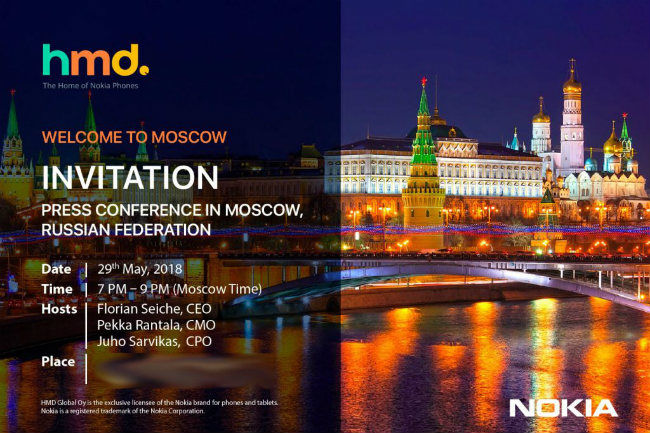 In terms of specifications, the Nokia X6 features a 5.8-inch Full HD+ display, which is protected with Gorilla Glass 3 and runs on Android 8.1 Oreo. It is powered by an octa-core Snapdragon 636 platform and the internal memory on the device can be further expanded by up to 256GB via a microSD card. The device features a rear-mounted fingerprint scanner and is backed by a 3060mAh battery that comes with support for Quick Charge 3.0. It comes with a USB Type-C port and the company claims that the phone can be charged up to 50 percent in 30 minutes while using an 18W charger.

In terms of optics, the Nokia X6 is equipped with a 16MP + 5MP  dual-rear camera setup with a f/2.0 aperture lens and 1-micron pixels. On the front, it comes with a 16MP sensor with the same f/2.0 aperture and 1-micron pixel sensor. The company is also touting extensive use of AI on the device, which comes into play while capturing an image. The AI is said to automatically detect and adjust to the scene one is capturing. It is also said to optimise the colour contrast and depth of field of the shot photo. Alongside capturing images with portrait lighting effect, the AI also helps in the working of face recognition feature. The Nokia X6 also comes with the Bothie feature, which allows users to capture video and photos from both the front and rear camera simultaneously.