Nokia 9 PureView priced at Rs 49,999 launched in India: Specs, offers, availability and all you need to know

It runs on the Snapdragon 845 SoC and comes with 6GB RAM, 128GB of internal storage. 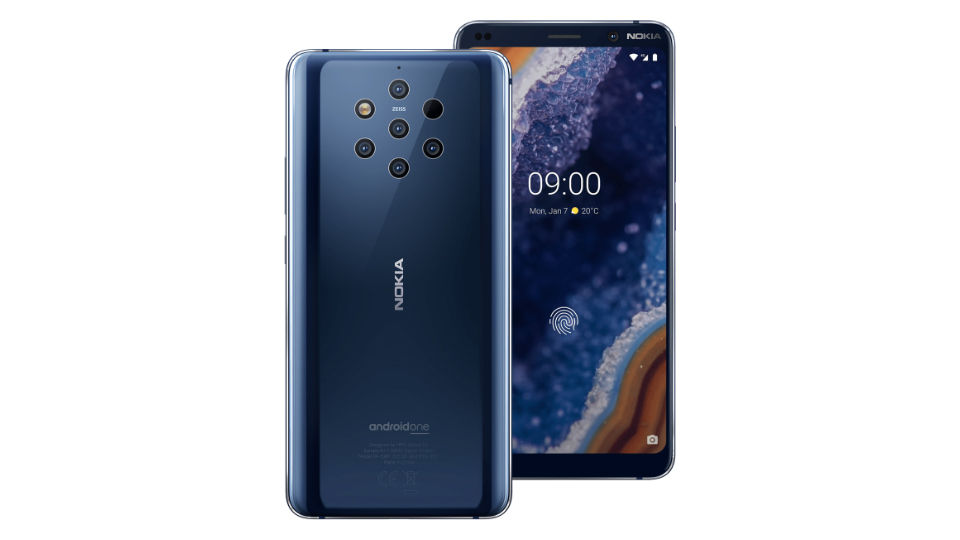 In a surprising move, HMD Global has soft-launched its flagship Nokia 9 Pureview(₹ 37999 at amazon) smartphone in India. Without any launch event or pomp and show, the company has announced the price and availability of the handset in the country. The Nokia 9 Pureview is one of Nokia’s most interesting handsets in a long time, thanks to five camera sensors on the back. The handset was under development for years. The five cameras on the phone’s back work simultaneously to capture 12.8 stops of dynamic range.

The Nokia 9 PureView is the company’s flagship handset, albeit it is powered by a generation old Snapdragon 845 processor. In comparison, newer phones like the OnePlus 7 series, the Nubia Red Magic 3, BlackShark 2 and others feature the Snapdragon 855 SoC. The Nokia 9 PureView features a metal frame with a glass-sandwiched body and sports Nokia 8 Sirocco-like diamond-cut finish.

The phone’s p-OLED display measures 5.99-inches diagonally and it sports 2K resolution with 18:9 display ratio and is HDR10 certified. Rated IP67 for water and dust resistance, the phone’s display is also protected by Corning Gorilla Glass 5. There’s also an under-display fingerprint sensor and AI-based face unlock feature. The device comes in only one variant of 6GB RAM and 128GB of internal storage. It is backed by a 3320mAh battery that supports Quick Charge 3, USB Power Delivery as well as 10W wireless charging. The phone runs on stock Android 9 Pie.

Coming to the USP of Nokia 9 PureView, the camera setup. The handset comes equipped with five cameras on the back, each of which has a 12MP resolution and are made by Sony. Three of the five camera modules feature monochrome sensors while the other two are RGB sensors. There’s also a Time of Flight or ToF depth sensor for additional depth information. Finally, there’s a dual-tone LED flash that complements the setup.

While there is no ultra-wide or telephoto lens on the Nokia 9 PureView, it employs all the five sensors at once to capture an image. The sensors have a fixed focal length of 28mm and are touted to deliver 12.4-stops of dynamic range, which should make for better capturing of details. The phone can record videos in 4K HDR at 30 FPS. You can read more about how the device uses its five cameras to capture detailed images here.

The handset generates a large amount of data while capturing an image and even features Adobe Lightroom while Google Photos to view DNG files. The company’s Pro Camera app also enables full manual control over the camera and the app detects when it is mounted on a tripod or when it’s hand-held. When in tripod mode, it can keep the shutter open for up to 10 seconds. On the front, the phone features a 20MP f/1.8 aperture camera that supports 4-in-1 pixel binning and outputs photos in 5MP with reduced noise.

The Nokia 9 PureView is priced at Rs 49,999 in India and it will go on sale in India at 12am on July 10 via Flipkart and the official Nokia online store. From July 17, the handset will be available across offline retailers as well.

For launch offers, the Nokia 705 Earbuds worth Rs 9,999 will be available for free as a limited period offer with the handset. The company is also offering a 10 percent cashback for users who buy the Nokia 9 PureView using HDFC Bank credit and debit cards, on both EMI and regular transactions done through Pinelabs terminals in offline store.

Consumers can also avail a 10 percent cashback when they use HDFC consumer durable loans but do note that this offer is available at retail outlets from date of launch till August 31, 2019. In addition, a gift card worth Rs 5,000 will be given to users who buy the phone via the Nokia online shop.