Another day, another Nokia 8 leak. Slash leaks has posted a number of photographs that give us a few more details about the upcoming device. While the phone is tipped to come with a dual-camera setup consisting of two 13MP units (a first for Nokia), the new images give us a glimpse at what to expect from the front facing camera. As per the leak, the phone may come with a 13MP camera at the front, with the capability to record 4K videos.

The rest of the image show the near-stock like interface of the device including some of the specifications, which are in line with previous leaks. The phone is tipped to be powered by the Qualcomm’s Snapdragon 835 platform along with 4GB of RAM. The device is also tipped to come with a QHD display resolution and a pixel density of 559 ppi, suggesting a screen size of about 5.3-inches. It should be noted that the phone is running Android Nougat with the July security patch. A recent benchmark listing had suggested that the phone might come with Android 8.0. Google is expected to announce Android O sometime this month, while HMD is expected to unveil the Nokia 8 on August 16. 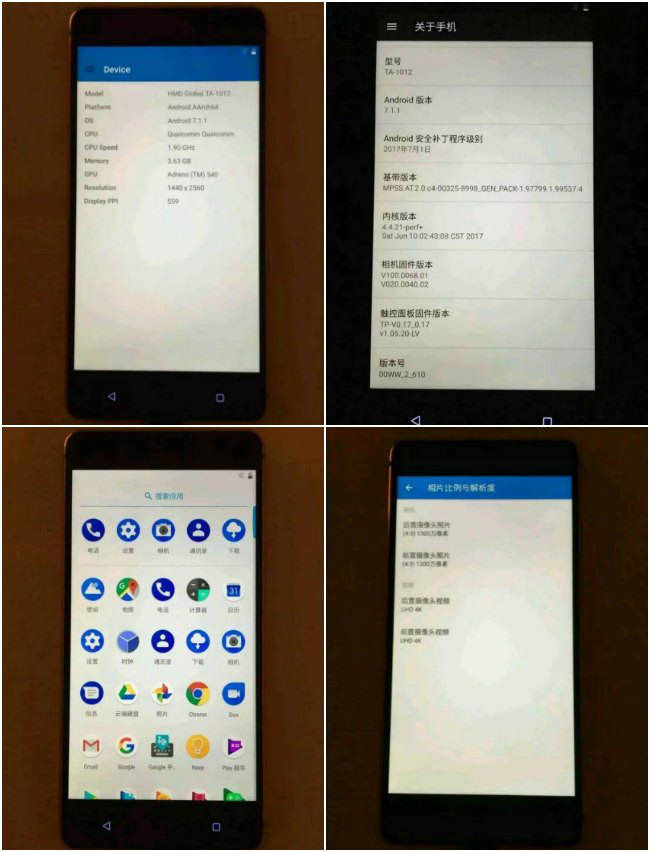 The Nokia 8 has already leaked numerous times and is expected to be available in a Copper Gold variant. Alongside the flagship, HMD might also unveil an entry level device called the Nokia 2. The device was earlier spotted in a Geekbench listing and suggested that the device might be powered by Qualcomm’s Snapdragon 210 or 212 platform. The listing also suggested that the device may offer 1GB of RAM and run Android Nougat.