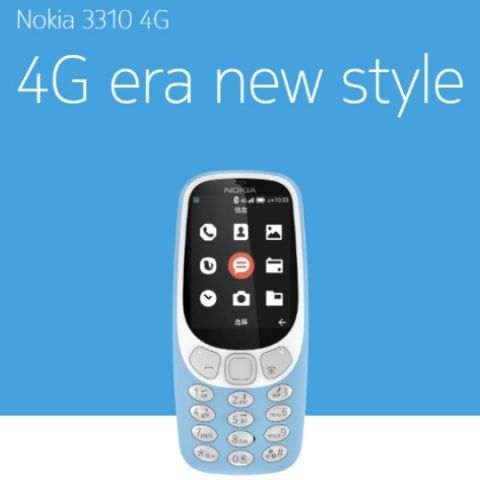 Besides this, the new Nokia 3310 4G offers pretty much the same specs as its predecessor. The phone features a 2.4-inch QGA display with a resolution of 240x320 pixel. The back of the phone features a 2MP camera with an LED flash. The phone sports a 1200mAh battery, just like its predecessor, but the new additions seem to have taken a toll on the battery life, but it is still pretty impressive. The new phone is stated to have a maximum standby time of 15 days, as compared to the 25.3 days maximum standby time offered by the 2017 Nokia 3310. Pricing and availability details of the new phone are not yet known, and it is possible that information will be revealed at MWC this year.

Recent reports suggest that Reliance Jio is in talks with HMD Global  to launch the phone in India bundled with data and calling offers. In addition, HMD Global may also be planning to launch upgraded variants of more legacy devices such as the N-Gage and the E72. Both devices would support 4G connectivity and offer upgraded specifications that would better compete with current generation phones.