Nokia 2, the rumoured entry-level Android smartphone from HMD Global has leaked once again. In a new leak, the smartphone has been showcased alongside a rough sketch of Nokia 3, indicating the budget handset could be announced sometime soon.

A leak last week revealed Nokia's chipset choices for its 2017 smartphone lineup including the yet to be announced Nokia 2, Nokia 7, Nokia 8 and Nokia 9 smartphones. It claimed that the Nokia 2 will be an entry-level handset powered by Snapdragon 212 SoC while Nokia 9 will be a flagship device powered by the Snapdragon 835. However, HMD Global seems to have changed its plans and will now launch the Nokia 8 as the flagship smartphone. 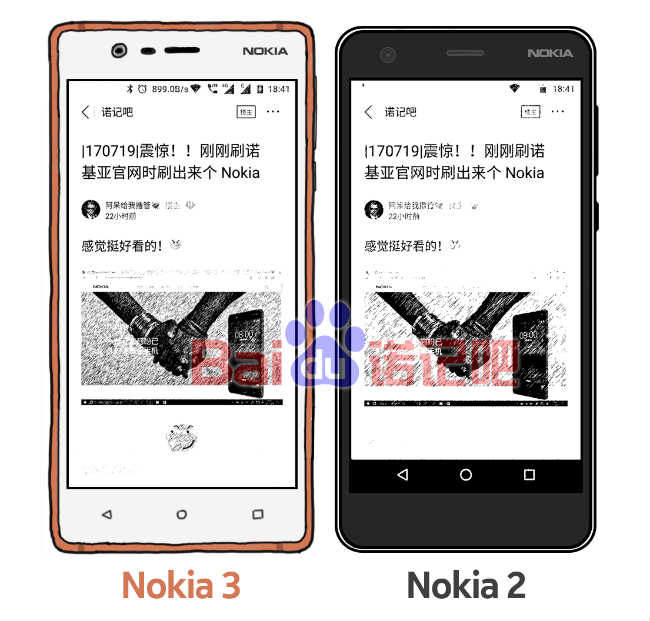 HMD Global is currently selling the Nokia 3, Nokia 5 and Nokia 6 globally but only the Nokia 3 is available for purchase here in India. The new leak shows that the Nokia 2 will sport a design similar to the Lumia 620 with rounded edges and a 5-inch display like the Nokia 3 smartphone. The handset is said to be powered by either the Snapdragon 212 or equivalent Snapdragon 210 processor. While HMD Global's existing smartphones use normal Android buttons, the Nokia 2 seems to be opting for on-screen Android buttons.

HMD Global is rumoured to announce its flagship Nokia 8 smartphone on July 31 and we might also see the entry-level Nokia 2 at the event. The company CEO Arto Nummela recently parted ways with the organisation and it is not clear whether the leadership change is going to affect the comeback of the Nokia-brand in the longer run.