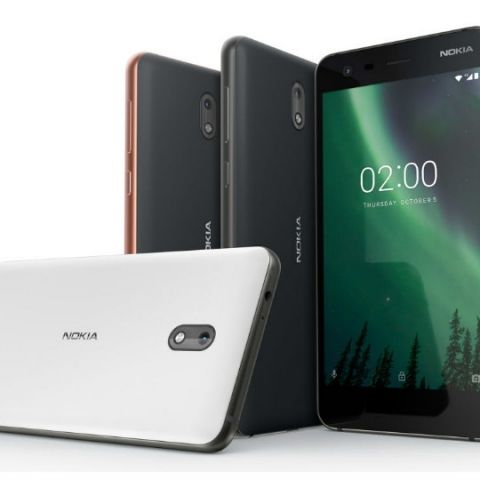 The Android Oreo update for the Nokia 2 can make the device slow.

If you're a Nokia 2 user, we have some good news and some bad news for you. The good news is that the Nokia 2 has finally got an upgrade to Android 8.1 Oreo from Android Nougat. The bad news is that the performance of your handset may take a beating once you've upgraded. In addition, not all Nokia 2 handsets may be eligible for the update. For more information about the update, you can head over to this page, where Nokia states clearly that you can update the Nokia 2 at your own risk.

"Users should be aware that the performance of Nokia 2 on Oreo may not to be the same level as enjoyed with Nougat. In addition, some applications may not be supported," writes the Finnish smartphone maker. In addition, new users of the Nokia 2 cannot upgrade their device to Android 8.1 Oreo. Nokia believes it won't be able to offer the update to phones in the following countries: Albania, Armenia, Austria, Azerbaijan, Belarus, Bosnia and Herzegovina, Chile, Croatia, Cyprus, Czech Republic, Estonia, Georgia, Greece, Hungary, Indonesia, Ireland (Except Vodafone Ireland), Israel, Kazakhstan, Latvia, Lithuania, Macedonia, Moldova, Mongolia, Montenegro, Peru, Poland, Russia, Serbia, Slovakia, Slovenia, Ukraine, United Kingdom, and Uruguay.

The Nokia 2 was launched in late 2017 with Android 7.1 Nougat running out of the box. The budget smartphone is powered by a 28-nanometre Qualcomm Snapdragon 212 chipset with 1GB of RAM. It features a 5-inch 16:9 display with a resolution of 720 x 1280 pixels. Photography is taken care of by a single 8-megapixel camera with autofocus on the back and a single 5-megapixel selfie shooter in the front. The battery inside is a 4,100mAh unit, which Nokia claims can power the phone for two days on a single charge. The Nokia 2 is currently available on Amazon.in for Rs 6,299.

In related news, Nokia recently announced its newest flagship smartphone, the Nokia 9 PureView, at this year's Mobile World Congress in Barcelona, Spain. The Nokia 9 PureView is best known for its penta-camera setup, which consists of five 12-megapixel cameras on the back. Of the five Sony-developed cameras, two are RGB sensors, while the other three are monochrome. When a photo is taken, data from all five sensors are combined to create a single high-quality image.