Next BlackBerry device will be all touchscreen, water-resistant 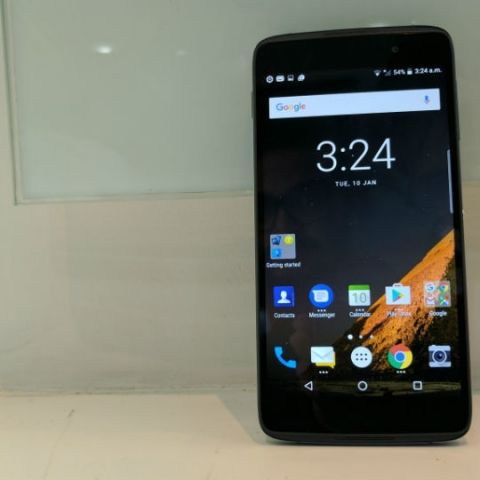 After launching the KEYone in India earlier this month, it seems like TCL, the manufacturer for BlackBerry branded devices is not done yet. As per a report by CNET, François Mahieu, Head of Global Sales for TCL said that the company is planning to release a second phone in October. The big difference being that the phone will not have a physical keyboard.

“Two months from now, we will have a touchscreen solution to show,” Mahieu said in a briefing at IFA. The report also notes that the new phone may be priced the same as the KEYOne. To recall, the KeyOne was launched in India at Rs 39,990.

In a separate report, Engadget notes that the phone will also be the first water resistant BlackBerry branded device. As per its report, the phone will be IP67 certified, just like the Apple iPhone 7 and 7 Plus smartphones.

BackBerry had launched two touchscreen only smartphones last year called the DTEK50 and the DTEK60 and its possible that the new phone will be a successor to the two. While other details about the upcoming device are not yet known, the phone will most likely come with Android, possibly Oreo.

The KeyOne, which was launched in India earlier this month sports a physical QWERTY keyboard with a 4.5-inch FHD display and a resolution of 1620 x 1080 pixels. The phone is powered by Qualcomm’s Snapdragon 625 platform with 4GB RAM and offers 64GB of storage. At the back is a 12MP camera with a f/2.0 aperture and dual-LED flash. At the front is an 8MP camera. The phone runs Android Nougat and comes with BlackBerry's DTEK suite of apps. You can read our complete review of the BlackBerry KEYone here.