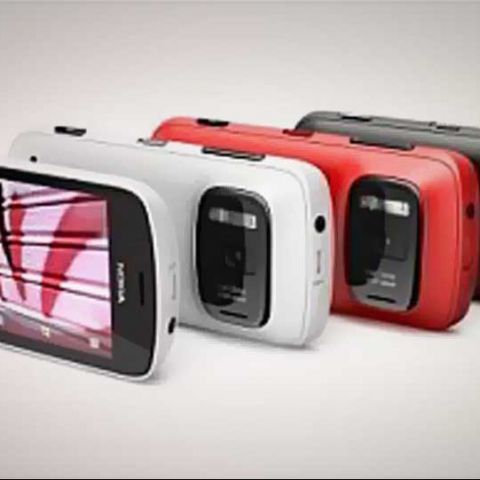 Nokia has unveiled a bevy of devices at MWC 2012 - the Nokia PureView 808, the Lumia 610, the global version of the Lumia 900 (formerly only announced for AT&T), and three Asha devices. All three devices should arrive sometime in Q2 2012.

With all those 41 megapixels (38MP effective), the PureView 808’s camera sensor condenses 7 adjacent pixels into one, downsizing it to an extra-sharp and light-sensitive 5MP image – 8MP images are also possible. Max image quality is up to 38 MP at 4:3 aspect and 34 MP at 16:9. The 808’s camera features a Carl Zeiss lens, a built-in Xenon flash, alongside a LED light for video. As you’d expect, it can handle 1080p HD video recording at 30 fps, with stereo sound, and 4x zoom.

The rest of the Nokia PureView 808’s hardware doesn’t do the stratospheric camera justice, with the low-res 640x360 AMOLED Gorilla Glass display, albeit 16:9, the most startling choice on a cameraphone. Other specs include a single-core 1.3GHz processor, 512MB of RAM, 16GB built-in storage, USB-on-the-Go, Bluetooth 3.0, HSDPA 14.4Mbps, HSUPA 5.76Mbps, Wi-Fi N with DLNA, GPS and A-GPS, stereo FM radio, and even NFC. The PureView 808 should arrive by May this year.

Do also check out our coverage of the Lumia 610 and global Lumia 900, as well as the three Nokia Asha phones.