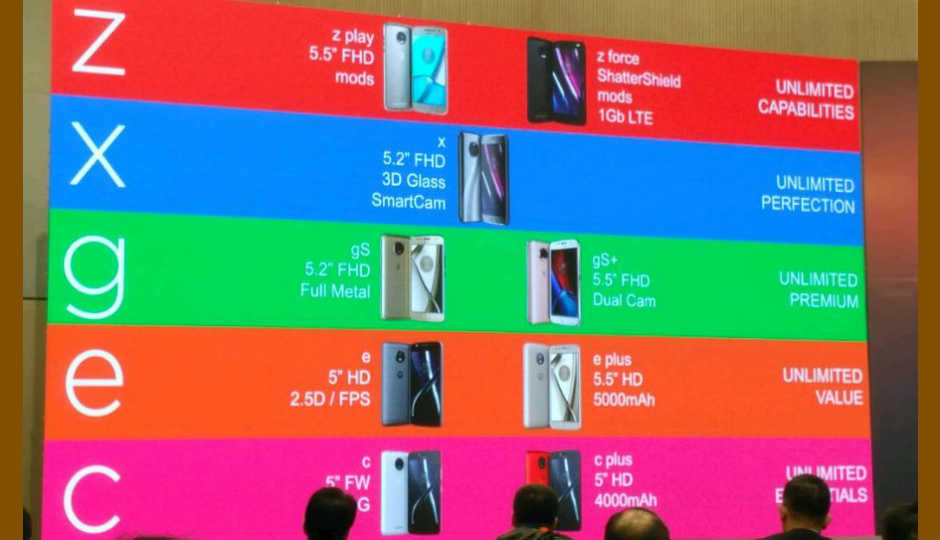 Moto's 2017 product roadmap has already leaked and given us a glimpse some of the devices we can expect from the company over the coming months. Now, a new leak may have revealed the prices of three of the rumoured smartphones, namely the Moto G5S+, Moto X4, Moto Z2 Force.

According to Twitter user @HeyAndri, Motorola will launch Moto G5S+, Moto X4 and Moto Z2 Force at Rs. 17,999, Rs. 20,999 and Rs. 38,999 respectively. This leak suggests that company is preparing to push into the segment more aggressively. However, the tweet didn't reveal any other information about these three smartphones.

According to a previous leak by Evan Blass, the Moto G5S+ is expected to be the dual-camera variant of existing G5 Plus. A leaked slide revealed that G5S+ may sport a 5.5-inch Full HD display with metal unibody design and dual-rear camera setup.

The slide also gave hints to the resurrection of the Moto X series. The 2017 Moto X (also called the Moto X4) is expected to feature a 5.2-inch full HD display and a 3D glass design. The handset is also tipped to feature SmartCam, which hints at the possibility of dual rear camera setup. Moto Z2 Force, as the name implies, is said to feature the company's Shattershield display along with support for MotoMods and offer gigabit LTE speeds. The Z2 Force is also rumoured to feature Qualcomm's flagship Snapdragon 835 platform.

Motorola announced Moto Z2 Play yesterday at Rs. 27,999, and also revealed its plans to introduce more premium smartphones in the Indian market. At the launch, Motorola said that India will soon surpass the US as the second largest smartphone market. Having recently introduced the Moto C series to compete with budgedt devices like Xiaomi's Redmi 4A, the company might be preparing to compete with offerings from other Chinese rivals like Oppo and Vivo.