The Moto 5G Mod might also make an appearance alongside the flagship Moto Z3 later today. 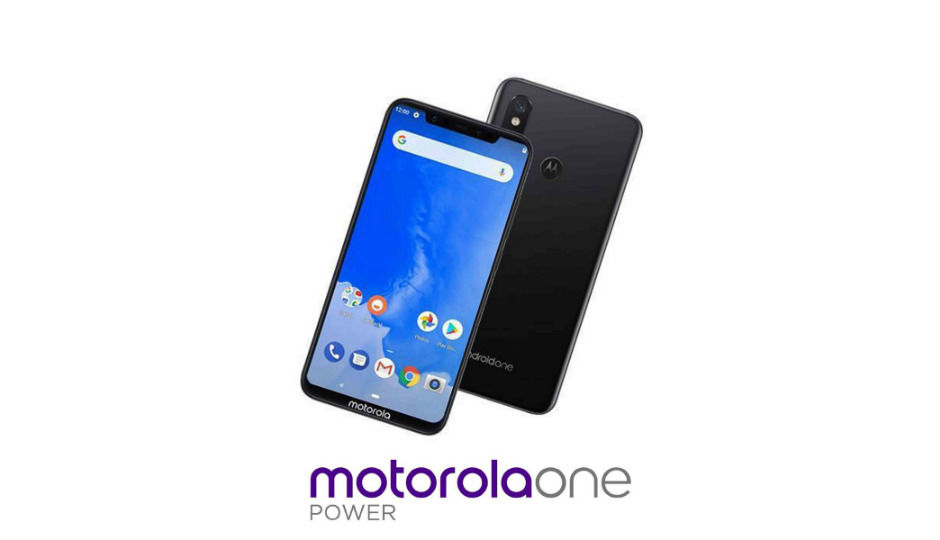 Lenovo-owned Moto has scheduled a launch at its Chicago headquarters later today and the company is expected to launch as many as three smartphones at the event. For those interested, Moto is expected to announce its flagship Moto Z3, and two Android One-powered devices, popularly known as the Moto One Power and the Moto One. The event will begin at 2PM Chicago time, which means that in India, it will be August 3 12:30AM by the time the new Moto phones launch.

Not much is known about the Moto Z3 and the company has done a good job of keeping it under the wraps, but the same cannot be said for the Moto One Power and Moto One, which have seen several leaks and certification listings to give us a good idea of what to expect from the smartphones. So let’s get you up to speed with what we know so far.

The Moto Z3 will serve as Motorola’s flagship phone so it is fair to assume it will house the Qualcomm Snapdragon 845 chipset found on most 2018 flagship phones. The display is said to be 6.3-inches tall and surprisingly, without a notch. The display will most likely bear the 18:9 aspect ratio and a resolution of 1080×2160 Full HD+. Unlike the Moto Z2 Force, the Moto Z3 may not sport a shatterproof design, but it will definitely come with support for Moto Mods that can be attached to its back using the pogo pins seen on the Moto Z series phones.

In terms of optics, the Moto Z3 is expected to house a dual 12-megapixel setup at the back, again a common sight these days. At the front, the Moto Z3 may make use of an 8-megapixel camera.

Although details about the phone’s battery are not known, it is fair to presume that the device will pack a sizeable power source. It is also expected to support QuickCharge 4.0.

In terms of variants, the Moto Z3 is expected to be available in 4GB/6GB RAM options with corresponding 64GB/128GB storage.

Moto One Power specs and features

The Moto One Power is a long rumoured Android One smartphone, Motorola’s second device to enroll in Google's OS update programme after the Moto X4. The Moto One Power, unlike the Moto Z3, has been spotted multiple times sporting a notched display. There’s a Moto Batwing logo with a fingerprint scanner embedded in it at the back of the device. Leaked images have revealed that the SIM slot on the phone is on the upper left side, while all the buttons are on the upper right. At the bottom are dual grilled speakers. The device will most likely sport a USB-C port.

Moto One Power may feature a 6.2-inch Full HD+ display with an 2280 x 1080 pixel resolution. It could be powered by Qualcomm’s Snapdragon 636 SoC with 4GB RAM and 64GB of internal storage. Stock Android 8.1 Oreo is expected onboard. The device is said to pack a 3780mAh battery.

In the camera department, the Moto One Power might sport a 12MP + 5MP dual rear cameras with f/1.8 and f/2.0 aperture lenses, respectively. On the front, it could feature an 8MP sensor with a f/2.2 aperture.

Moto One specs and features

The Moto One is also expected to be on Google’s Android One programme, but it seems like the device is a slightly cheaper version of the Moto One. Coming to the specifications, a TENAA listing of the Moto One hints at a smaller 6.18-inch ‘notch’ display with a 1080x2246p resolution and a a taller 19:9 aspect ratio.

In terms of optics, the device could be equipped with a 16MP + 5MP dual camera setup at the back and a single 12MP front-facing sensor.

Further, it is expected to be launched running on Android 8.1 Oreo out-of-the-box and come in Black, Silver and Gold colour models.

What we haven’t told you yet, because we are not too sure of it, is that Moto is also expected to unveil its long-anticipated Moto 5G Mod today. Most smartphones are expected to be 5G ready by 2019 and other OEMs like OnePlus and Huawei are also vying to bring 5G-ready devices to the fore. A report has pointed to the same citing industry sources. The Moto 5G Mod previously leaked in images showing a protruding antenna. When slapped on the phone, it can add to the device’s breadth by a considerable factor. There is no word yet on how much the Moto Z3 and its 5G companion mod will cost.